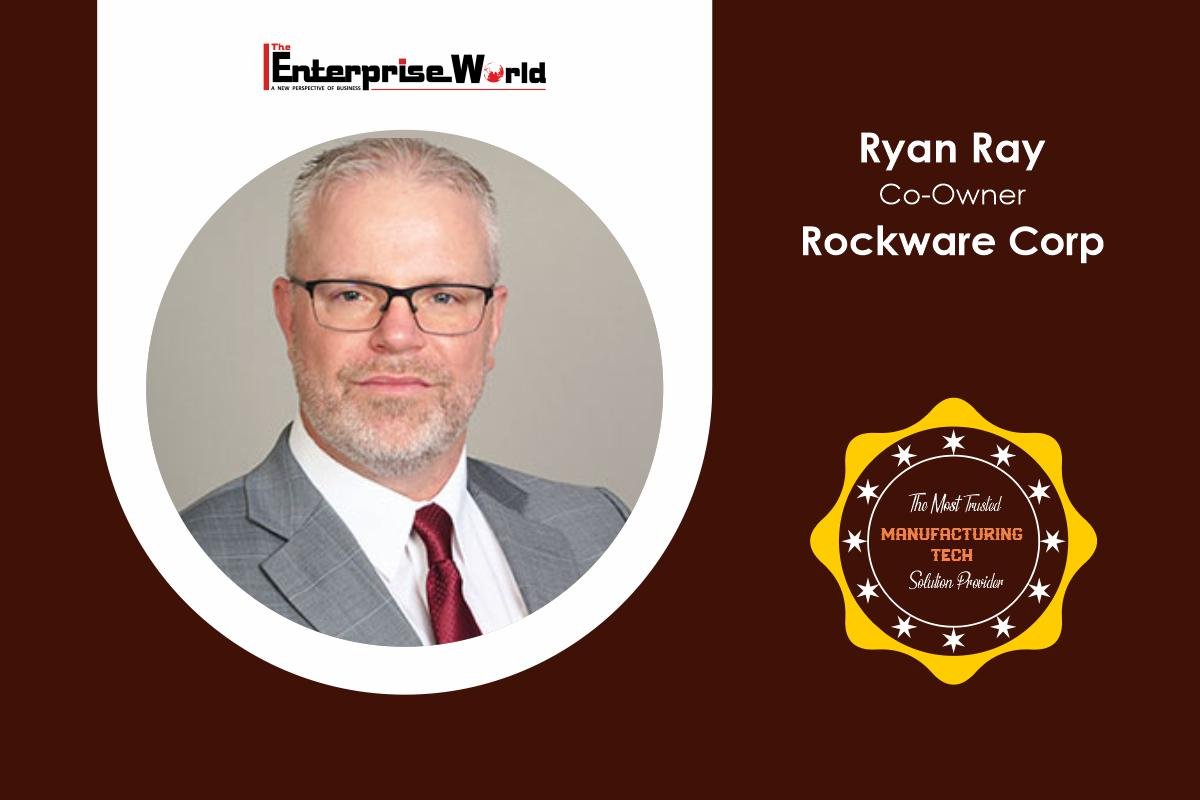 For organizations operating on a large scale, it is necessary for them to have a proper industrial communication that helps them control machines, plants or even the power distribution. At the same time, it is imperative to optimally utilize the data which is generated in production, which requires Operational Technology and Information Technology networks, both of which networks interact with each other seamlessly.

Featuring for the Cover Story of The Enterprise World’s The Most Trusted Manufacturing Tech Solution Provider is Rockware Corp, a company providing more than just software solutions.

Rockware Corp. is a software company specializing in communication with industrial machines and devices. Rockware Corp. officially started in 2011 but its initial roots began in 2005 with the launch of Team Ray Technologies, currently a machine builder specializing in advanced controls and automation. Rockware Corp. was established to focus on database-driven software products and services. Today Rockware Corp. is an innovator in integrating database-driven applications with device and machine control systems and networks. It also has the most comprehensive Track & Trace, MES, Andon, and OEE systems on the market.

“Rockware Corp. continues to work hand in hand with Team Ray Technologies in the pursuit of becoming the new breed of machine builder for the Industry 4.0 revolution.”

The Challenges and Success-

When Rockware Corp was in its initial stages of building a firm foundation, the team took on any software project that came their way. These projects included everything from systems for car sales, courthouse case management, and cashbook, accounting, and custom quality systems to name a few.

Being labour intensive in nature, these projects were not very easily distributable. But every project the team took on helped the company enhance their overall software foundation, functionality, and depth. But at the same time, it prevented them from centralizing their focus and growing. Finding a concrete path to work on and grow in was a challenge Rockware Corp overcame by 2016, when they started streamlining its offerings by focusing only on Industrial based software.

Once Rockware Corp kick started its growth, they were able to perfect the communication between a database and PLC using Kepware OPC Server product in conjunction with their middleware between 2009 and 2016.

Rockware also shifted its focus from working on all types of custom software to developing resalable software packages for industry. The Rockware Corp hit full stride in 2019 with record sales of its award-winning MES system (Intelligent Manufacturing Machine). IMM is a one-of-a-kind shop floor management system that is intimate with day-to-day operations and provides unlimited customization options to ensure each person gets exactly what they want.

“Our success starts with customer satisfaction. We go the extra mile to ensure our customers get what they need.”

In turn Rockware Corp has been able to grow primarily through word of mouth.  Upon starting with a new customer, a good number of their customers have attempted to bring Rockware’s products to their new workplaces, and many have succeeded. The best part about Rockware’s products is that they are very reliable and, in most cases, will run for years with very little maintenance required.

Customers appreciate the reliability of Rockware along with the personal touch it provides which helps them manage their shop floor processes, unlike other off-the-shelf products.

Rockware Corp works in the same facility as Team Ray Technologies, and have historically helped them with projects requiring complex algorithms not efficiently accomplished with a PLC alone. A PLC is great for real-time control of mission critical operations. A database is great for storing data and computing complex aggregate calculations. Many of their Rockbox® solutions involve seamless integration between a PLC and a database and take advantage of the strengths of each.

The automotive industry is going through a massive shift with the introduction of electrical vehicles whihc has spurred the demand for intelligent devices that communicate via an embedded network such as LIN, CAN, K-BUS, and FlexRay.

Previously, Rockware has provided devices and algorithms for electrical tests like continuity and current decay but the need for these types of tests is being replaced by the need for intelligent device testing through network communication. There are many types of devices for connection to these networks and communicating with intelligent devices but very few user-friendly software and/or turn-key options.

Since 2014, the company has provided ad-hoc solutions for LIN and CAN consisting of an embedded computer with serial ports, application, database, and OPC server to allow communication with PLC. These systems have performed well and allowed Rockware Corp to get a solid understanding of LIN and CAN based technology.

Rockware Corp has developed a comprehensive product named Eazy-BUS™ that provides commonality for testing any type of intelligent device. Each unit comes with a user-friendly web-based interface for configuring settings and monitoring performance. Units also provide simple and configurable options for handshaking with PLCs. The automotive industry also now requires Track & Trace applications on all Tier 1 component assembly lines which spurred them to develop their CIT (Central Intelligent Tracking) platform.

Early on, in the initial stages of the company’s foundation, Rockware invested very little in marketing and relied more on word of mouth for sales. For the year 2022, the company is planning on doing a targeted marketing campaign for their Rockbox® Eazy-BUS™ Intelligent Device Testing system and the Rockware® CIT (Central Intelligent Tracking) Track & Trace System. The company is also planning on introducing options for Subscription based pricing for some of their products. The company is also planning on teaming up with Team Ray Technologies to market advanced automated test and gauging machines.

Chris and Ryan both have degrees in Chemical Engineering. Ryan received his first full-time job at a soybean processing plant, Central Soya (Bunge), as a plant engineer in 1997. As an engineer he mastered 3D AutoCAD and designed and managed several multi-million-dollar projects. Chris, being 4 years younger, picked up the 3D Cad quickly and was instrumental in designing an entire 5 story building drafting every floor, wall, pipe, equipment, and piece of conduit.

The next items of interest for them were PLCs, HMIs, and SCADAs.

“Rockware Corp knew once we started working with these items that this was our future. We were able to use our newly learned skills to break all-time production records by implementing closed loop control on key processes.”

In the pursuit for increased wages, Ryan and Chris migrated to the Automotive industry. Ryan started as an injection Molding Supervisor at a lighting facility. After 6 months and RJG Training Ryan became an Injection Molding engineer and implemented a slew of costs saving improvements. Chris came in as the resident controls engineering expert and brought in SCADA technology he learned while working in the food processing industry and utilized it to help manage Automotive Tier 1 component assembly lines.

Meanwhile Ryan began creating database driven software applications to assist in managing day to day items on the plant floor. He was soon promoted to Engineering and Quality Manager in 2003 and became a Microsoft Certified Professional prior to starting Team Ray Technologies, LLC in 2005 to provide engineering services and custom software.

An Entrepreneurship of Achievements-

“Our main achievement was being able to create two companies out of thin air that are depended on by thousands of people every day.”

With the starting of Rockware, Ryan and Chris have provided solid jobs for dozens of people over the years. For diversification they opened a butcher shop called Bubbarock Meat Co. in 2021 and it has been very successful so far. Both the founders also take pride in the fact that they have been able to support youth sports through volunteer coaching and donations.

One of the special moments Ryan and Chris share with their customer is when a project they worked on together starts delivering results. Both of them have worked on the plant floor for years so they understand the challenges and relish in any assistance they can provide to relinquish issues and optimize efficiency. Both have been contracted as consultants on several occasions and have been able to use their products and services to spur massive efficiency improvements.

“Seeing our customers succeed is very rewarding for us.” 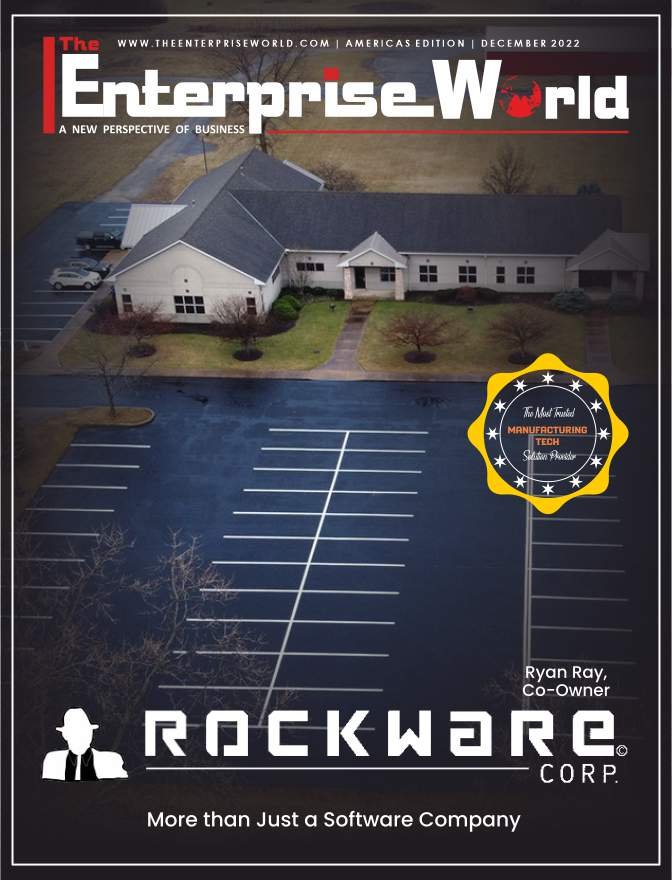