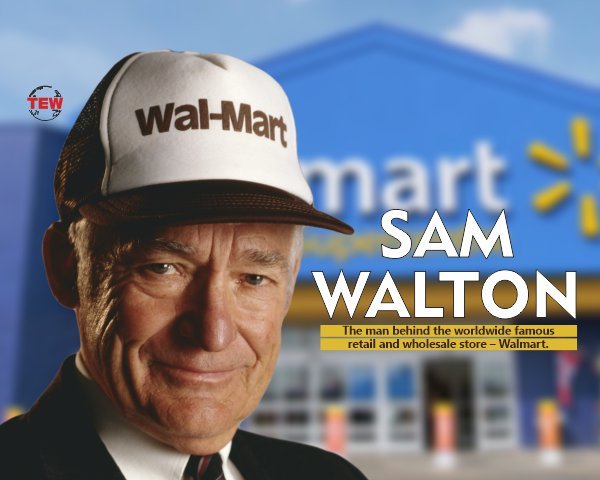 We all hear stories of businesses, startups, and services that bring about a change in the world. Some ideas, services, and products are not unique but provide the existing products and services with utmost standard and offer that it makes it very lucrative to the customer.

Some numerous startups and businesses offer and compete for similar products and services, and no one wants to back off and get the maximum number of customer base possible. Thus, these organizations do not leave any strategy or tactic in the box and use the best methods and measures to gain maximum reach and awareness.

But some entrepreneurs take an existing idea and use their logic and skills turning it into a spin-off making it a huge success and undercutting the competition in the perfect way possible. Such is the story of Mr. Sam Walton, the man, and brains behind the worldwide famous retail and wholesale store – Walmart.

Walton started as a sales trainee at J.C. Penney store, Des Moines, Iowa in 1940. He was enthusiastic and zealous about his job but was never a thorough employee of the Penney store. He hated to make customers wait and, in that process, he failed to keep his books for which he was threatened by his boss and told him he’s not cut out for retail work. Sam Walton had a flair as a salesman and that’s what saved his job and added $25 per month in commission to his starting salary.

In 1942, he enrolled in the United States Army serving stateside as a communications officer in the Army Intelligence Corps during the duration of World War II. When he got released from the Army in 1945, he had a wife and child to support. At the age of 27, he put up $5000 and borrowed another $20000, and bought a Ben Franklin variety store in Newport, Arkansas.

Sam Walton’s dedication, hard work, and pricing of products that were well below other retailers tripled his business by 1950. His landlord wanted the business for his son, but Walton didn’t want to sell, so he moved to Bentonville and opened Walton’s Five & Dime in the summer of 1950. His business flourished and he owned 15 stores by 1960. He realized his profitability wasn’t up to the expectations and the efforts he was putting in, thus he decided to adopt a new strategy where he would slash the prices undercutting his competition, making it in the large volume of sales.

This wasn’t a new idea as discounted stores were present but were small and gave discounts on selected products, but he wished to open large stores that discounted everything they stocked. He approached the company that franchised Ben Franklin stores but they turned him down. Not losing any spirit he took the gamble and opened Wal-Mart (short for Walton Mart) in Rogers, Arkansas in 1962.

Sam Walton received the Medal of Freedom for his entrepreneurial spirit and his concern for the community and employees by President George Bush on March 17, 1992. He passed away in April 1992 and at that time his net worth was estimated around $25 billion.

In today’s time, Walmart is the largest company in the world with a revenue of around $514.4 billion. Sam Walton and his story of dedication, wit, and using his flair as a salesman to understand the customer and provide them with the best offers and prices when it comes to their everyday products and undercutting the competition smoothly are what made his success possible. One can learn that to become successful one doesn’t need a new or unique idea, you can use any existing product or service and make it very lucrative for the customer.

PrevPatients in Need of Diagnostic Tests Are Avoiding Pathology Labs Due to COVID Fears: Doctors
Top Business Tycoons in the World 2021Next