The Zero Knowledge Proof Protocol (ZKP) is a cryptographic method whereby two organizations can prove that they know a piece of information without having to share or expose the information to the other party. ZKP has several applications, especially in the finance industry.  It is particularly useful for passwords or secrets when undergoing any kind of authentication. This process ensures that the data is not being stolen, meaning that the communications are protected and secure and no other person can know what is being communicated as nothing sensitive is being shared. Thus, the Zero-Knowledge Protocol helps one to prove to somebody that he/she knows a secret without actually having to reveal the secret.

Pioneering this technology is Sedicii Innovations, a Waterford, Ireland-based company that has built an identity exchange where parties can help others confirm individual identity details without exposing, sharing, or transmitting any of the information that they hold.

Sedicii was founded in 2013 and has developed and patented various technologies based on the Zero Knowledge Proof Protocol; solutions include anti-money laundering, remote KYC biometric onboarding in addition to the real-time digital identity capability.

The attributes that the organization holds are transformed using the patented Sedicii process which makes the information unusable to anyone other than another Sedicii process or server.

Sedicii firmly believes that identity and the ability to accurately and quickly prove that you are who you say you are is at the root of every commercial transaction and many social interactions. With Sedicii, this process takes only a second and is invisible to the end-user. It reduces fraud and helps businesses to grow without having to worry excessively about getting paid or keeping their customers’​ data safe.

Like all the other start-up organizations, Sedicii too was posed with a myriad of challenges.  These challenges included the time it took to complete tasks needed to progress the business/product, finding investors willing to work with them, and believe in their product. However, one of the biggest challenges was getting doors and minds to open to the potential and benefits that Sedicii can bring to an organization.

Having been involved in three start-ups in the past 15 years, Rob Leslie, CEO of Sedicii believes that the success of any business is its ability to find a niche in the marketplace and having a clear vision on how to get there.

“You need to create something that solves a big problem that everyone wants (or will want) but maybe doesn’t know it quite yet!”

Next, is to have a clear goal of where you want to take the business and surround yourself with vibrant, outward thinking advisors, investors and employees.   Oh, and of course, being in the right place at the right time…. and a little bit of good luck along the way always come in handy.

Sedicii is only at the start of its revenue-generating activities, but what triggered the company’s growth was being named as a Technology Pioneer by the World Economic Forum. More recently Sedicii has seen an acceleration in both potential investors and clients since winning the BBVA Open Innovation “FinTech for Future” Award. BBVA is the oldest and largest FinTech Innovation Program in the world and has highlighted Sedicii as “the start-up with the greatest potential to transform the financial sector in the next 10 years”.

In tandem, Sedicii also won the BBVA “Open Talent FinTech for Business” award.   Previously, the company has won many awards dating back to 2015 year on year. However, the recent awards certainly have ramped up the interest in Sedicii. The realization of the impact of the 2018 GDPR regulations has focussed the minds of industry on the repercussions of non-compliance and the severe financial penalties associated with failure to act.

Sedicii’s ZKP (Zero-Knowledge Proof) protocol is simply unique.   It ticks all the regulatory compliance for KYC/ AML and privacy boxes.  It is a pioneer in the space of identity verification and management systems where its patented zero-knowledge proof (ZKP) protocol helps people and businesses prove their identities in a fully privacy-preserving manner.

Earlier this year Sedicii released an anti-money laundering product that uses Secure Multi-Party Computation to allow two or more banks involved in a payment transaction to mutually compute an AML risk score based on data that each party contributes to the calculation. No party ever sees another party’s data. They only get to see the result. This is a first in the world we believe.

Sedicii continues to innovate and build on their core products; they are actively looking for like-minded commercial partners who are willing to collaborate and share their vision for a better digital world by preventing the disruptive influences of those seeking to gain from fraud, impersonation, the use of other people’s identity or terrorism.

Rob Leslie is the founder and CEO of Sedicii.  Before founding Sedicii, he co-founded Kyckr in 2007. As the entrepreneur and leader of your company, your job is to inspire the people around you, to push them and, in turn, the company, to excel in everything they do.

“The leader must show the way by doing it themselves, by walking the walk and talking the talk.”

Sedicii has an open-door policy that listens and values all the ideas of its employees and respects their opinions.  The team which consists currently of 16 is spread over four countries, Belgium, England, Ireland, and Spain. They have weekly calls and everyone is included. Communication and inclusiveness are paramount to a happy and productive workforce.

“Sedicii is on a journey and as CEO I want to hear everyone’s input and opinions.”

As the company is not centrally located, Rob tries to meet their development team in person in Spain at least once a quarter and the CTO visits regularly. He never asks anyone to undertake a task that he would not be prepared to do and all the team knows that they are one unit even if they are multi-located.  So, in a nutshell, they listen, listen and listen more. Rob thinks it is a testament to how valued employees feel that they have a 95% retention rate in an industry that is known for high turnover. 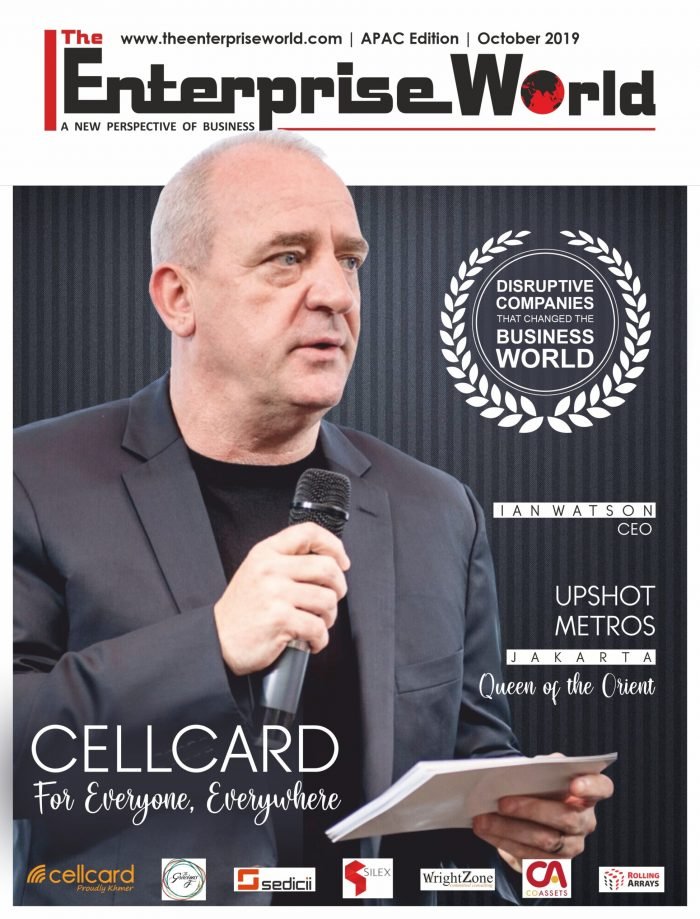