“The spread of the coronavirus from Chinese laboratories, we have evidence” – The US foreign minister 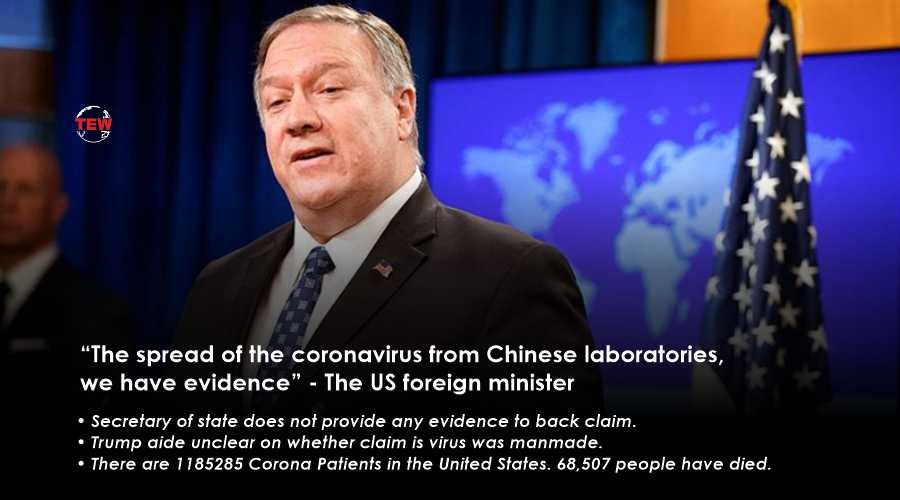 The coronavirus has spread around the world from the Chinese city of Wuhan. Currently, Corona’s havoc is visible all over the world. Nearly all countries around the world are infected with this deadly virus. However, the United States is currently experiencing the highest prevalence of the virus compared to other countries.

Foreign minister Mike Pompeo said the coronavirus was the fruit of China’s hypocrisy. “We have strong evidence that the virus came from Wuhan,” Pompeo said. Mike Pompeo, in an interview with ABC News in the US, also alleged that “China had a chance to stop the Corona, but they did not do it on purpose.

Mike Pompeo said, ‘Remember that China has a very old record of transmitting viruses around the world and starting low-level laboratories. This is not the first time China has spread the virus around the world. The intelligence service is gathering information. Earlier, US President Donald Trump said there was evidence against China.

Surprisingly, although US President Donald Trump and US Secretary of State Mike Pompeo have blamed China for spreading the corona around the world, the US intelligence service has denied that the corona was man-made. Meanwhile, there are 1185285 patients with a corona in the United States. 68,507 people have died.

Meanwhile, the Swiss pharmaceutical company Roche has received approval from the US Food and Drug Administration to perform antibody testing. The company aims to double test production by the end of the year, said Thomas Schinecker, head of diagnostics at Roche. He said they would produce 10 cr tests from 5 cr per month.