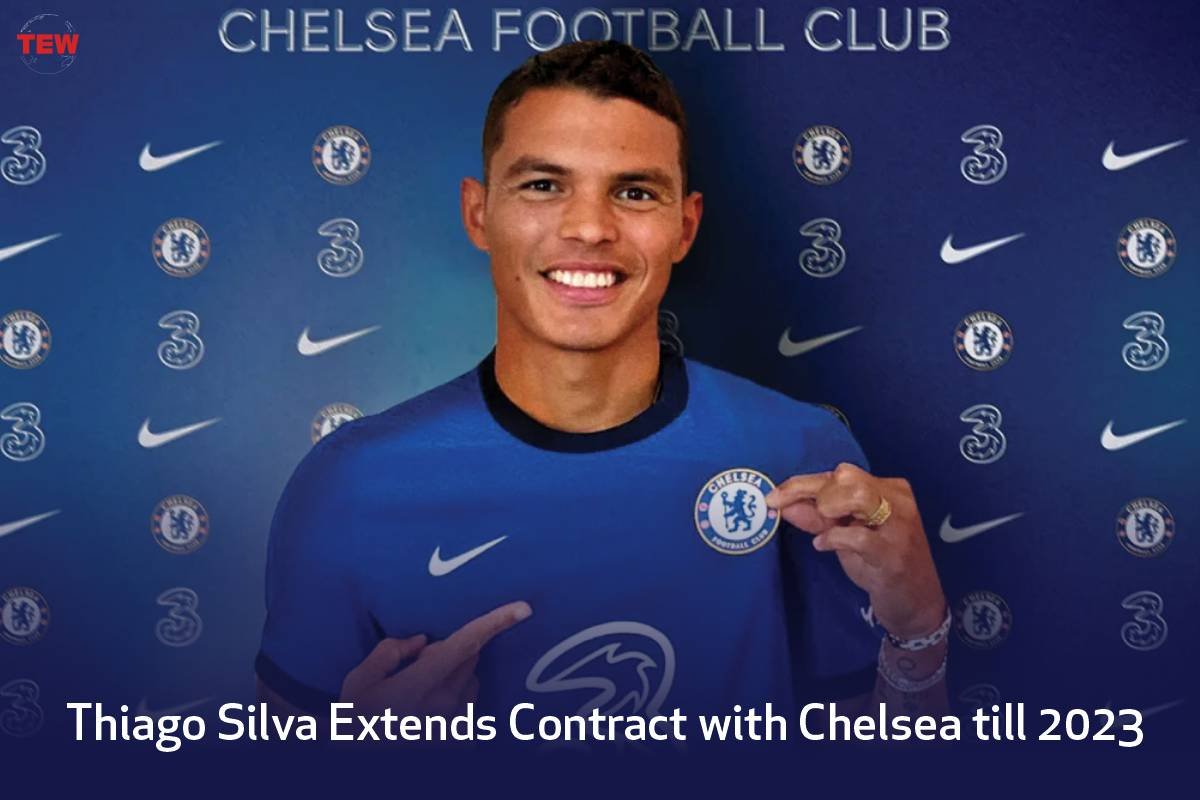 In good news coming in for all the sports lovers, especially football, Thiago Silvia, who played center-back for Chelsea has extended his contract with the club till 2023.

The extension of this one-year contract means that Brazil’s national team captain will be staying at Stamford Bridge and continuing his successful spell at the club. Silva is considered as one of the most experienced defenders among those currently playing. He has previously represented the likes of Paris Saint-Germain FC and AC Milan.

Silva has had a successful start to his career at Stamford Bridge, where he won the Champions League for the first time in his career after having joined PSG in the summer of 2020. According to a report on the Chelsea website, Thiago Silva continues to achieve more than his capabilities.

The Key to Chelsea’s Success

Thiago Silva has proved to be a key player for Chelsea as they won the Champions League in the last season and stood second behind the runaway champions Manchester City in the Premier League. Analysts have said that Silva continues to be a game-changer with his unique technique and leadership.

“This season he has maintained the exceptionally high levels of performance that have made him integral to Thomas Tuchel, and a firm favorite with Chelsea fans,” said the report on the Chelsea website.

Silva has already had 22 appearances following this campaign. With it, he has showcased his customary composure and reading of the game. Silva has also opened the scoring in Chelsea’s away fixtures at Tottenham and West Ham United and added the Super Cup to his collection.

Silva is hoping that it will not be the last piece of silverware he gets his hands on.

“To play here with Chelsea is a real pleasure. I never thought I would play for three years here in this great club so I’m very happy to stay for another season. I would also like to say thanks to my family, the club, Marina (Granovskaia), and to Mr (Roman) Abramovich for this opportunity.

I will continue to give everything for this club and for the supporters, who have always been by my side since I arrived. It’s amazing to have this relationship with the fans and not only that but the players, staff, and the whole club. I’m going to give everything to keep playing at this level in the most important league in the world.”, Silva.

For recent and latest updates regarding business news, industry trends, etc. Please subscribe Newsletter from “The Enterprise World” at “Subscribe“.