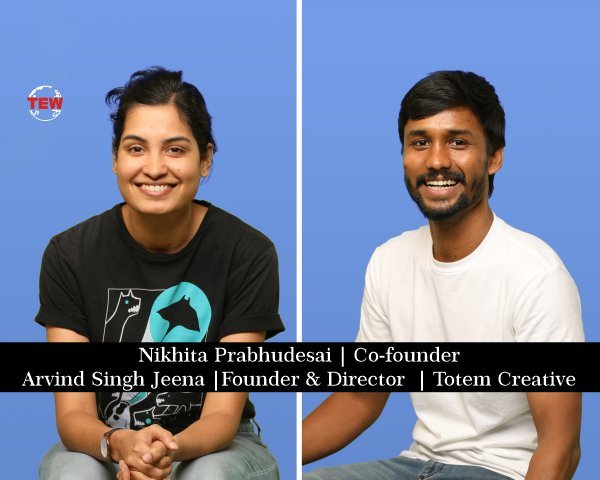 Totem Creative is a four-year-old Animation and Design Studio based in Mumbai, India. Functioning with a tight pack of highly enthusiastic and passionate artists with a common goal; bring animation to mainstream India, especially for adults! In animation they specialize in 2D, focusing on strong storytelling. Its team has been producing animated content for the internet as well as a few gigs for TV. They partner up with ad firms, brands, corporate and NGOs all across the globe. They also have their independent content, which includes an award-winning animated short film ‘CROSSING’. It’s in the horror/thriller genre; a rare feat for animation.

In a candid talk with Mr. Arvind Singh Jeena, Founder and Director at Totem Creative let’s discover more about the company and their offerings

Coming from a Design background, the business side of running Totem Creative has been a huge learning curve; one that we still have to master. The studio sprouted organically without many strategies or initial planning. To top it all, both I and my co-founder were not local to Mumbai – a city that is quite expensive for any creative person starting from scratch. So naturally, we did hit a lot of speed bumps.

But our biggest challenge has been getting the kind of work we enjoy doing. However, we always gave our best to every single project that we took up. This slowly moved us in the direction we wanted to head into.

I wouldn’t say there was a certain point that triggered growth as such. Totem Creative has been making small steps that have led to an overall positive outcome, where we are being recognized for individual work, as well as providing a professional and hassle-free experience for our clients. If we had to pick one point, one of our commissioned short films – ‘Bano Nayi Soch’ would be one of the bigger contributors to our growth.

The film was commissioned by Oxfam India to highlight gender inequality in India. It was a dream collaboration. The project was created and directed by Totem Creative right from the ideation. Totem Creative got the kind of creative freedom most studios or professionals only hope for, so we pushed for it. And the results showed that. The film was well appreciated by our audiences as well as potential clients and even bagged some awards. Since then we have gone to produce many more such films while consistently raising the bar.

There are a few things that are important to us as a studio. Having good relationships with our clients and the people we work with. We believe in putting in more than what is expected in each project and making sure each product is innovative in terms of design and animation, as well as engaging. Since we are artists ourselves, it is of utmost importance to us that our team is creatively satisfied with the work we do. This goes a long way.

While there are many studios across India offering similar services, there is still only a handful who are pioneering into content such as original short films. The music video is another avenue hardly explored in the Indian market. We are working towards changing that. One such project is in the pipeline.

“Failure is inevitable. It is impossible to live without failing unless you live so cautiously, that you may not have lived at all – in which case – you fail by default.”

Totem Creative has a strong love for traditional hand-drawn animation and feels that there is a dire need for original local stories in India. Since the process of animation is very labor and skill intensive, it’s going to take a while to get there, but we are making baby steps towards it. Our short film ‘Crossing’ was released in 2019 and will follow with ‘Paperplanes’ in 2020, and hopefully more this year itself.

The idea is to show that sincere stories can be told through animation just as well as live-action cinema. Hopefully, the message will reach the potential producers who have the power to make it happen on a big scale. That would be the next step. Alongside this, we’ll always strive to push the quality of video-making for our clients. There are always new challenges with every project that excites us,  that we love diving into!

As of today, we provide the services mentioned earlier, but if someone comes with a requirement that excites us, we always consider taking it up.

Totem Creative was students not too long ago, about 5 years back. In just 5 years, we have seen amazing software development for 2D as well as 3D animation. The list of tools has only increased. There is great new open-source software like Krita, Blender, OpenToons that even we are yet to explore. This is a boon for small studios like us because the software can be a pretty big expense. Technology like AR and VR has also developed, although we haven’t delved much into it. I would say the technology has made the pipelines faster and more convenient, but tech can never make good animation, it can only assist in making the process more efficient.

Primarily I am an animator. I am trained in character animation. I had interned in Glitch Media, an ad agency with its HQ in Mumbai, and worked as a freelance illustrator and animator for a short while. While my co-founder Nikhita is a pre-production artist, who worked as a storyboard artist at an animation studio in Nashik. After starting Totem Creative, both of us have been taking equal part in managerial roles as well.

Totem Creative doesn’t have a large in-house team, but we consider our team as our biggest strength. When we select someone to work with us, their professional goals must be aligned with ours. Being artists ourselves we make sure that everyone is creatively satisfied with the roles they have in every project. Effective communication, learning, and transparency are key to building a happy team, not to mention everyone is compensated adequately. We almost strictly have weekends off, because it’s so important to get that minimum time off work to enjoy your personal life. We also strongly encourage personal learning and practice. When individuals grow, the team grows too.

There are so many. But for us, it is Pixar’s, partly due to being in the same field. It is not only inspiring but great learning.

I think it’s very important to be aware of one’s progress and how things are going. This helps one understand if they’re on the right path – towards the end goals. Even in the short run, it’s important to inspect the flaws and successes in every project and acknowledge them so that you can grow from them and do better with the next one. We are not constantly vigilant, maybe a bit spontaneous – but yes I would say it’s a good strategy.

That’s a good question. To be honest we don’t think much about competition, at least when it comes to commercial work. The goal is not to get as much work as possible, but to get to work on projects that excite us and involve storytelling, strong pre-prod, and animation. So we take it one step at a time. When it comes to international studios doing the work we love, we are only inspired by them and hope to do that level and variety of work. With fellow Indian studios competitors, they only push us to do better and up to our game! 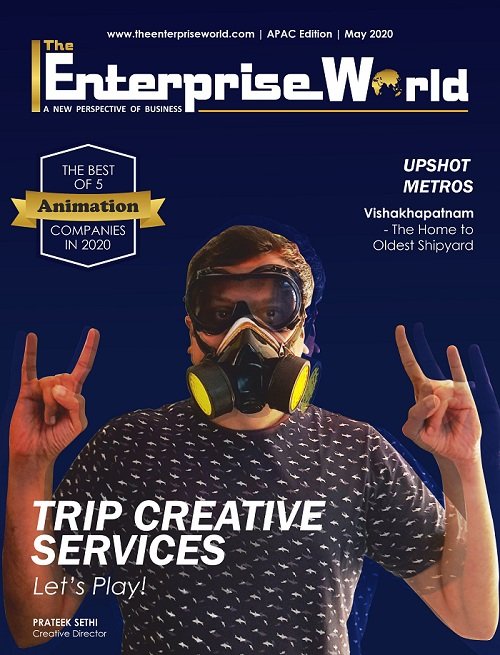 The Best Of 5 Animation Companies In 2020