US Airlines All Set to Enter the 10th Year of Profits. More Than 120,000 Employees Demand a Raise. 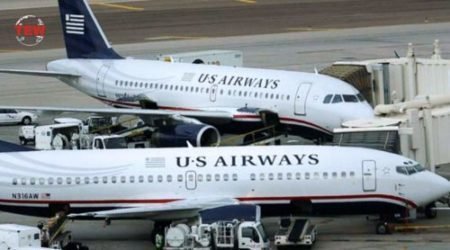 The US Airlines will now be entering into their 10th consecutive year of profits, and the employees of the airline, from pilots to the catering workers are demanding higher wages and better benefits.

The following year, major American airlines will negotiate labor agreements with more than 120,000 unionized employees; these include the pilots, flight attendants, and maintenance workers too. The labor costs are one of the biggest expenses the airlines face which eventually play a larger role in the overall costs. Just last year, the labor costs exhausted 28% of the $187 billion of US airlines’ revenue.

A decade ago, the US airlines struggled through a series of bankruptcies and successive more mergers. These left four carriers in control of about three-quarters of the market. But in the middle of the decade, the profits peaked. The analysts now expect the profits to grow less than 1% from this year to $12.44 billion.

The workers are now looking for more than just pay. The mechanics at American Airlines are in a search to limit the outsourcing of their jobs to foreign bases. The pilots at US Airlines for example demand to have a better quality of life and they wish to have this through improved scheduling which will include fewer pilots on reserve, which means more pilots on call and also the ability to easily change the trips they fly.

The airlines are now racing to hire new employees in labor which is tight and it is hard to keep up with the strong travel demand.