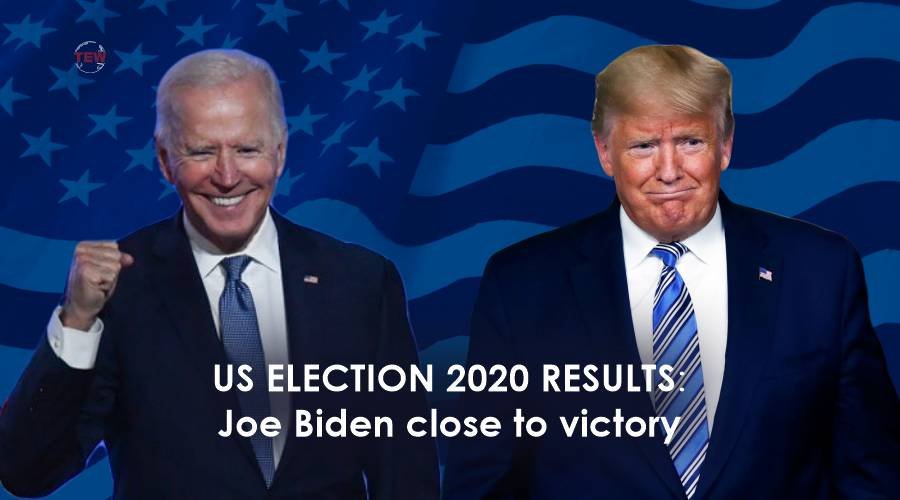 US Election 2020 Results Live Update: Joe Biden close to victory: The US presidential election is a matter of curiosity for the whole world. The course of world politics depends on who wins the election and is elected as the president of this superpower. Everyone is eager for the results of the election of the President of the US.

The counting of votes for the US presidential election, which has attracted the attention of the entire world, started on Wednesday morning, is still going on. Democratic nominee Joe Biden is currently leading.  Republican candidate Donald Trump has fallen behind. In this regard, Biden said, we are winning. However, counting is currently underway in the major states.

The outcome of this four-way battle could be in the hands of either Republican Donald Trump or Democrat Joe Biden. Joe Biden holds the record for the highest number of votes cast for a presidential candidate in the history of US elections.

Biden Breaks Record of Most Number of Votes

Joe Biden is confident that he will win now. Joe Biden tweeted about it. He said, “I believe we will win, but it will not be my victory or yours. It will be a victory for the American people, for our democracy, for the United States.” On the other hand, Donald Trump said, “By last night I had a good lead-in several states. This included states with Democratic Party governments. However, one by one, the lead in many states disappeared as if something magical had happened. This is because bogus votes were also counted. It’s all kind of shocking,”

Joe Biden is confident that he will win now

According to a survey conducted by the Center for Responsive Politics, expenditure was halved in the last election. It was speculated that the Corona-backed presidential election would not cost much. It was estimated to cost up to 11 billion dollars. However, as the election approached, the enthusiasm of the voters increased. Many volunteered to fundraise. So far, 14 billion dollars has been spent on this election.

PrevJet Airways gets a new buyer, may fly again soon!
Apple to pay $113 million fine for the settlement of #batterygate caseNext