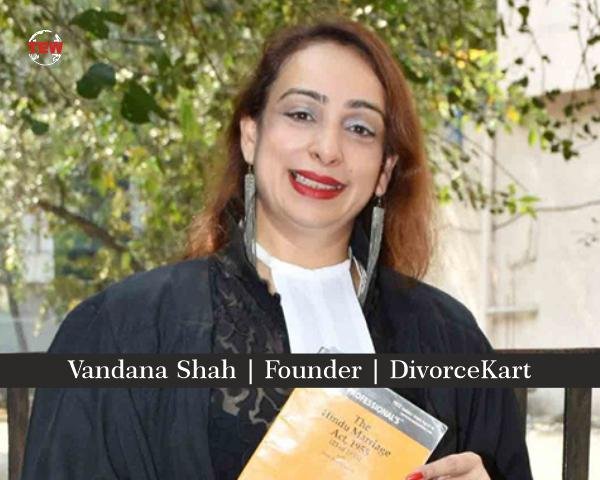 The dissolution of marriage in legal terms is called a divorce. Divorce among marriages is one of the most traumatic experiences the couple goes through. It is emotionally devastating with the couple left to experience the many ups and downs. Not to forget, sometimes the legal procedures are exhausting with different laws for different religions. Most of these cases extent for about a year, and in some special cases, it could also continue for more than that.

Often divorce cases get sensitive to handle, and one needs legal expertise that truly listens to your needs and concerns and follows through with a plan of action that fits your specific situation. If this is the kind of person you are looking for, Vandana Shah is the one! Vandana Shah is famous and among the top female divorce lawyers based out of Mumbai and Pune. She is also an author, columnist, and Social Entrepreneur.

Vandana Shah is also one of those women who have launched Divorcekart, which is India’s first legal app solely dedicated to divorce and provides online legal assistance 24×7.

A Walk on the Fire- The Journey-

With a meagre amount of Rs. 750, the daughter-in-law of a respected family was out on the streets at an odd hour of 2 AM one night. Left with nothing but tears in her eyes, it was a moment where she was perplexed at the cruelty she faced in her newfound family of in-laws. With dreams in her eyes, like the stars, distant but bright, she promised herself one thing, “I must amount to something in life. No one will ever trample upon me again because I will be a ‘somebody’.”

It took Vandana Shah 10 long years to get her a divorce, but her determination and perseverance kept her going through all the odds and tough parts. What also helped her was an untaught lesson from her father, who was a fighter pilot in the Indian Air Force that risk is an inherent and unavoidable part of life, and you will only get stronger with every risk you face.

With a bag full of struggles for over a decade and the experience she gained from it, Vandana Shah did not only turn her life around 360 degrees, but she also has helped thousands of others change their lives as divorce lawyers. She is also the pioneer in setting up India’s first-ever non-judgemental group for people going through a divorce. Taking strings in her hands, Vandana Shah is challenging the traditional customs and conventions of patriarchy that demand different laws and rules for women in society.

Being a divorce lawyer, she says that as the times have changed, divorce too has become a common occurrence in economically evolved families.

“People are not willing to put up with all the unhappiness and sorrow that bad marriages entail. They are learning to look beyond the concept of being chained down for “seven lifetimes” to a spouse who you can’t even stand for seven seconds.”

Being a Divorce Lawyer – Leading through a New Way-

The saddening part about divorce is not just the divorce, but the way it is looked at in most parts. Being a divorce lawyer, Vandana Shah has handled many divorce cases, a few high-profile cases too. The divorce lawyer’s job is not over after the divorce, Vandana Shah says. It also includes helping them cope up later on because a divorce can be a real emotional turmoil, be it for the richest of the rich or the poorest of the poor.

Vandana Shah is also the one who has launched DivorceKart, a one-of-a-kind app for people going through a divorce. The app provides instant solutions to the queries of the people and also helps them get through the tough times. The app provides confidentiality and anonymity to the people, something people look forward to when dealing with such situations.

“Usually, when one is hit by panic about a bad marriage or a divorce case already pending in court, you want an immediate cost-effective legal solution at the click of a button –  the app provides immediate legal solutions, answers, and guidance about the court procedures, without having to wait interminably for a lawyer’s appointment or get half-baked answers from your friends and relatives.”

Her work in this field has gained her tremendous appreciation globally. Her support group, 360 degrees back to life has been admired by Gloria Steinem, who is the world’s first feminist who has also endorsed her previous book. Vandana Shah is also a panel member as a senior attorney with the National Commission for Women (NCW).

Not only that but she is also seen frequenting as a frequently BBC, NDTV, and many Literary Fests. She also contributes as a regular columnist on Law/Women Empowerment for Huffington Post India, Huffington Post America, and Savvy. She is also the author of the bestseller, Ex-Files, the story of her divorce, which was launched by Penguin.

The book was launched by the Hon’ble Attorney General of India Mr. Mukul Rohatgi and the Hon’ble Chief Justice of Mumbai High Court, Mr. Mohit Shah. It has been endorsed by Padma Vibhushan Sonal Mansingh Member of Parliament, Lord Meghnad Desai. It is a book that sees divorce through a humorous lens, and it is also added as a part of the syllabus of Judicial College.

She aims to bring about a change in the world through both law and writing.

“It’s better to elevate yourself rather than bring down another”

Bringing about a change, and as intimidating as the one Vandana Shah aims for has never been easy, and has had its ups and downs. But with her dedication, Vandana Shah plans on expanding DivorceKart throughout the world. “It will change the way law is perceived in this country as well as internationally. Since I am also impaneled with the National Commission for Women (NCW), I hope to one day be a part of policymaking in law, like my father, who was an air force pilot and serve the country. I also hope to make the law more easily accessible to all non-lawyers by foraging into web-series and other multi-media.” 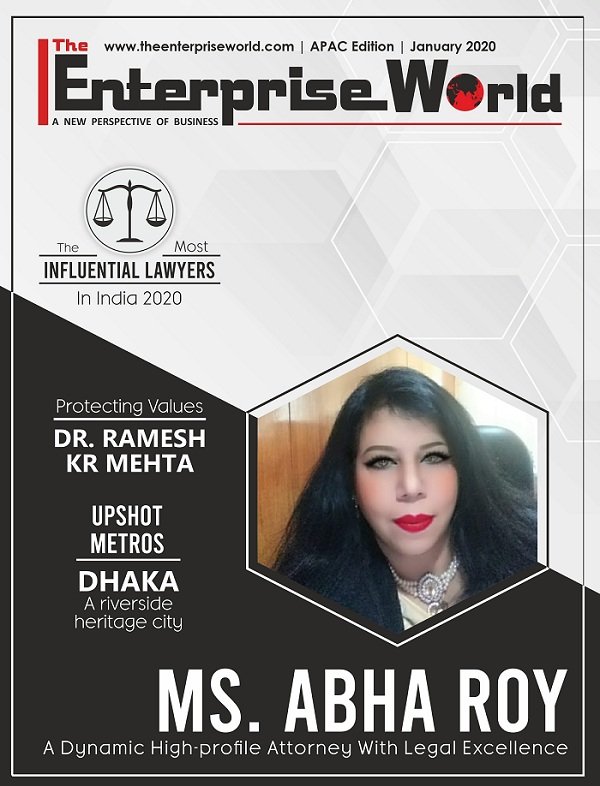 The Most Influential Lawyers In India: 2020