World’s Billionaires List 2021: Forbes published the list of the richest people of the year 2021, Jeff Bezos leads for the fourth time in a row! 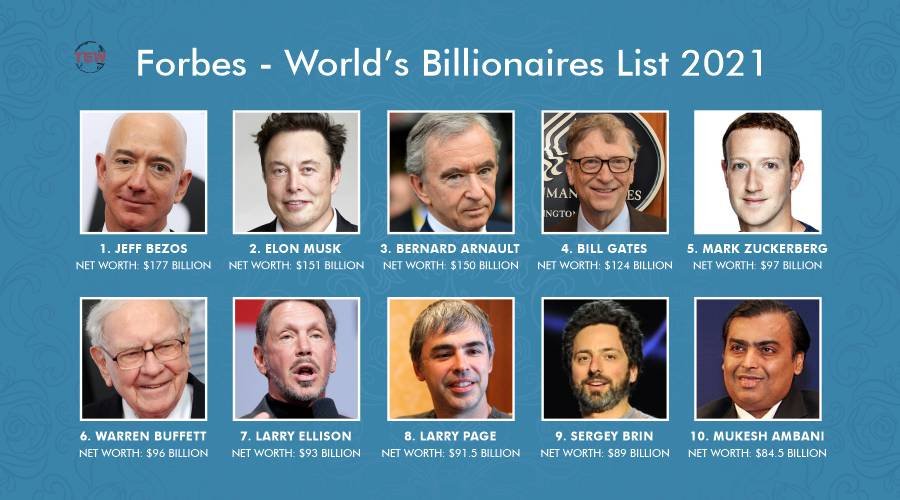 Forbes has published a list of the richest people of the year 2021. For the fourth year in a row, Jeff Bezos, owner of Amazon, has retained his position as Billionaires, the richest man in the world. Tesla owner Elon Musk has ranked second. Whitney Wolf Herd, head of the dating app Bumblebee, has failed to make it into the top ten for the first time.

According to Forbes, cryptocurrency and stock prices have skyrocketed this year. As a result, Forbes’ list of 35 richest people in the world has increased. In the list of the last year 2020, there has been an increase of $8 trillion to $5 trillion, which is estimated to be $13.1 trillion in total this year. This year, for the list of Forbes billionaires, 493 new people have been entered.

PrevBritain Economy got hit by the Largest Migration of Foreign Workers in the COVID19 crisis.
India: Auto sales figures are disappointing for most companies due to the second wave of the Covid-19 pandemicNext