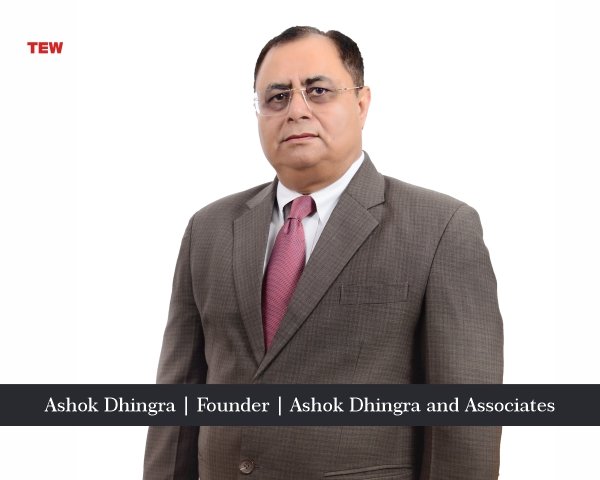 While trade war has added fuel to fire of the already economic downturn globally, it has come as a boon for some stakeholders. Many boutique law firms have been set up in the last five years including firms focussing on Customs and Trade matters and are set to benefit from trade war among countries. Clients are also happy to work with boutique law firms as they have domain expertise, are nimble-footed, and service teams are led by domain experts.

Ashok Dhingra Associates has been founded by Ashok Dhingra, who is ranked among the best Customs and Trade Laws including Export Controls and Sanctions, GST, and erstwhile Indirect Taxes Laws Attorneys in India. Ashok is also considered an authority on Supply Chain; Prevention of Money Laundering; Anti-Corruption Laws and White-Collar Crimes.

When asked about the advantage of boutique law firms Ashok replied “boutique law firms are becoming a norm of the day. More and more young and senior partners in big law firms are venturing out to set up boutique firms having focused areas of practice, which are very successful. Clients see the advantage of getting expert advice without the paraphernalia of working with big firms and much faster turn-around time. It is misnomer that services of boutique firms come at cheaper rates, though they are competitive because of the flat service team.”

Ashok has an overall experience of more than 43 years covering a stint in Indian Customs for 22½ years and over 20 years with Big4 Consulting firms like Arthur Andersen which merged with Ernst & Young in India, KPMG, and law firms Khaitan & Co. and J. Sagar Associates (JSA). He is one of the few professionals in the Country who carry with them an experience of having worked on both sides of the table and with both accounting and law firms.

Ashok along with practice group leaders assists clients during and after raids or investigations by Customs, GST, and Regulatory authorities like Directorate of Revenue Intelligence (DRI); Directorate General Goods and Service Tax Intelligence (DGGSTI); Enforcement Directorate (ED), Serious Fraud Investigation Office (SFIO), etc. to take a view on key issues and options to deal with high-risk positions, briefing and debriefing of employees and discussions with authorities to close the case. He regularly appears before departmental adjudication and appellate authorities; Appellate Tribunals, High Court, and Supreme Court in Tax and Trade matter.

She regularly appears before departmental adjudication and appellate authorities; Appellate Tribunals; High Courts and Supreme Court in Tax and Trade matters as an arguing counsel. She regularly assists clients in trade remedies during the investigation, mid-term review, and sun-set review against levy of Anti-Dumping Duty, Safeguard Duty, and Countervailing Duty before Director-General of Trade Remedies and during appeal proceedings before higher appellate forums.

Sonia also assists clients during and after raids or investigations by Customs and Regulatory authorities like DRI, DGGSTI, ED, SFIO, etc. to take a view on key issues and options to deal with high-risk positions, briefing and debriefing of employees, and discussions with authorities to close the case. Sonia has also undergone training on GST in Canada to understand the implementation and practical problems faced by the industry in compliance thereto, which has been introduced in India in 2017.

“Various trade facilitation measures have been introduced by the Central Board of Indirect Taxes and Customs (CBIC) which have also contributed to jump in Ease of Doing Business Index of World Bank. Despite sincere efforts by the Government to provide a conducive and business-friendly environment to industries, several ongoing issues serve as a bottleneck in meeting the objective of Ease of Doing Business and Make in India initiatives.

Some of the major issues are valuation and classification disputes of imported goods by Customs, huge pendency, and delay in taking up cases for a decision which has a huge financial impact for industry.

On the foreign trade side, with India becoming a member of non-proliferation multilateral export control regimes, to show India’s commitment towards responsible non-proliferation behavior, many welcome changes have been brought in the export control regime of India. While the Director-General of Foreign Trade (DGFT) is making efforts to streamline the process of export of dual-use technologies, still a lot needs to be done. DGFT has recently notified the much-awaited procedure of Global Authorisation for Intra-Company Transfers (GAICT) of SCOMET Items/ Software/ Technology which is very helpful to the industry.

However, there is no clarity whether GAICT applies to fully developed Software or Technology or also to development thereof where teams are working in different countries simultaneously. Further, enforcement of export controls by regulatory agencies like DRI has also compounded the problem of the industry. It is high time DGFT lays down the complete process for such matters” says Sonia.

Smita Singh is the Attorney and co-founder of Ashok Dhingra Associates. Smita has worked with Khaitan & Co. and JSA for more than 8 years before setting up Ashok Dhingra Associates with Ashok. Smita leads Goods and Service Tax Group. Smita has advised Indian & Multinational Companies on migration to GST and re-work their supply chain to operate in Tax efficient and compliant manner. She also provides advisory, litigation, and compliance services to clients under GST and erstwhile Indirect Taxes.

Smita has assisted clients in making various representations to CBIC addressing key issues on anomalies in law, rate inconsistency, business issues, etc. She regularly appears before departmental adjudication and appellate authorities; Appellate Tribunals; High Court and Supreme Court as an arguing counsel in erstwhile Indirect Taxes and GST matters. Smita also assists clients during and after raids or investigations by Tax authorities like DGGSTI to take a view on key issues and options to deal with high-risk positions, briefing and debriefing of employees, and discussions with authorities to close the case.

“Through the introduction of GST is a very good and welcome step in creating a unified market across India, plug leakages of revenue and attack black money, practical challenges faced by the industry in various compliance issues have dampened euphoria. CBIC is making all efforts in addressing issues faced by the industry, but the sheer volume of technicalities involved and consequent changes in procedures are taking a heavy toll. We only hope that the GST regime stabilizes in its third year from the introduction” says Smita about migration to GST.

Ashok leads the White Collar Crimes, Investigations and Regulatory practice of Ashok Dhingra Associates, whereunder he assists clients in compliance with the Foreign Corrupt Practice Act of the USA, UK Bribery Act, and Prevention of Corruption Act, which is a major compliance issue with Multinational Companies operating in high-risk countries. A small mistake by an employee or local management can have serious consequences in the home country of the parent company. In addition, he also advises clients on foreign exchange management issues, data privacy, and associated matters.

Ashok’s response about data protection law in India is “Even after bringing in the Information Technology Act in the year 2000, still, there is no unified legislation for data privacy like EU and USA Laws. Presently in India, sectoral regulations cover issues around data privacy. In the year 2017, the Federal Government constituted a Committee of Experts under the Chairmanship of Justice BN Srikrishna to study and advise on principles to be considered in data protection law in India and suggest a draft Data Protection Bill.

The Committee gave its report in 2018 and also drafted a Data Protection Bill, which is yet to be introduced in Parliament. The Federal Government should move fast on this after considering suggestions of all stakeholders to avoid misuse of data.”

Ashok Dhingra Associates finds it interesting that on one hand big law firms are expanding by hiring more resources and adding more offices to service locations, on the other hand, boutique firms are popping up with high frequency.

It seems there is going to be a big war between boutique firms and big law firms in already crowded legal services space that too when foreign firms are not allowed to set up offices in India. Once foreign firms are allowed to practice law in India and set up firms, it is going to be survival of the fittest. We wish all the success to Ashok Dhingra Associates in their endeavor and hope that it will be counted in big firms in the next five years. 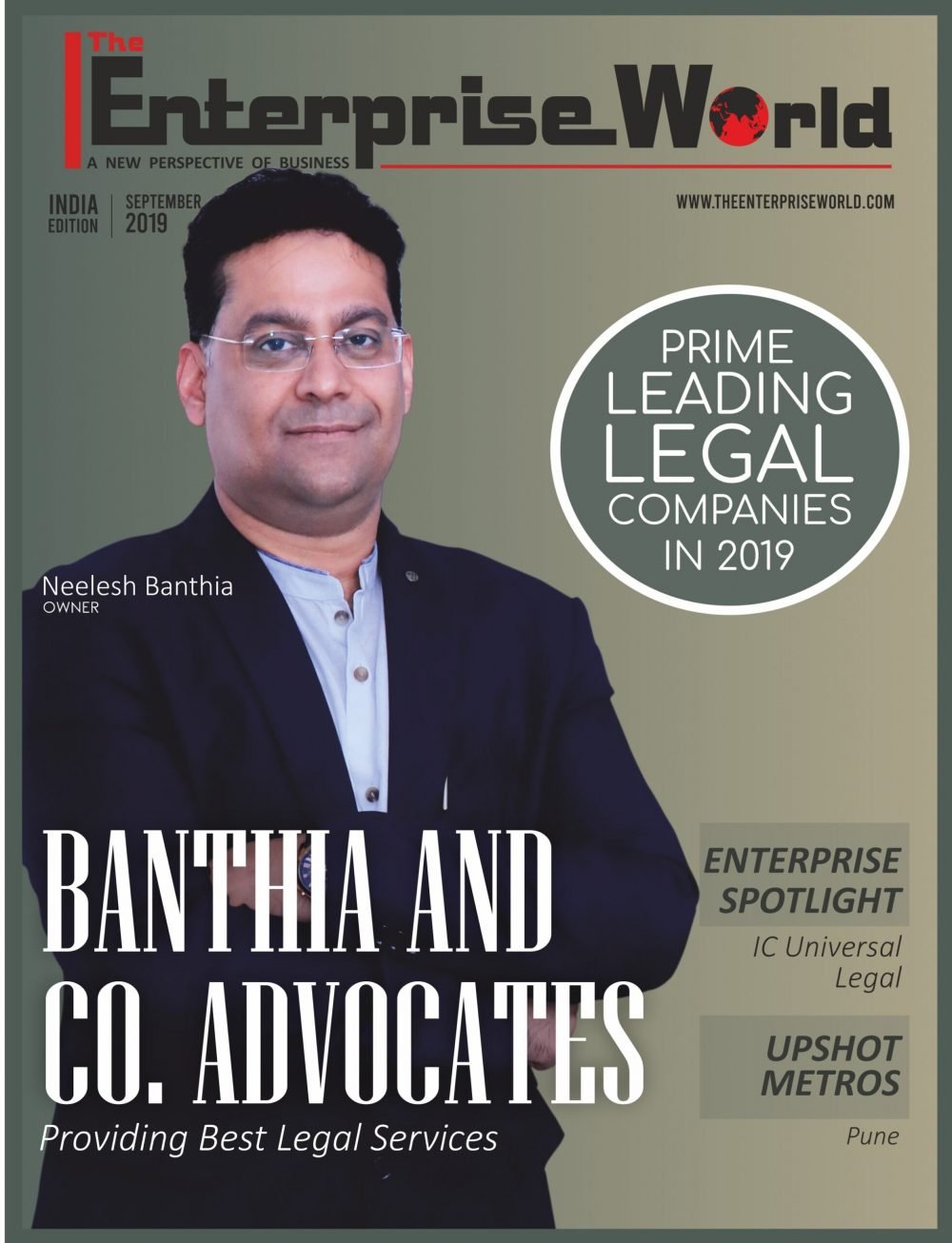 The Prime Leading Legal Companies In 2019