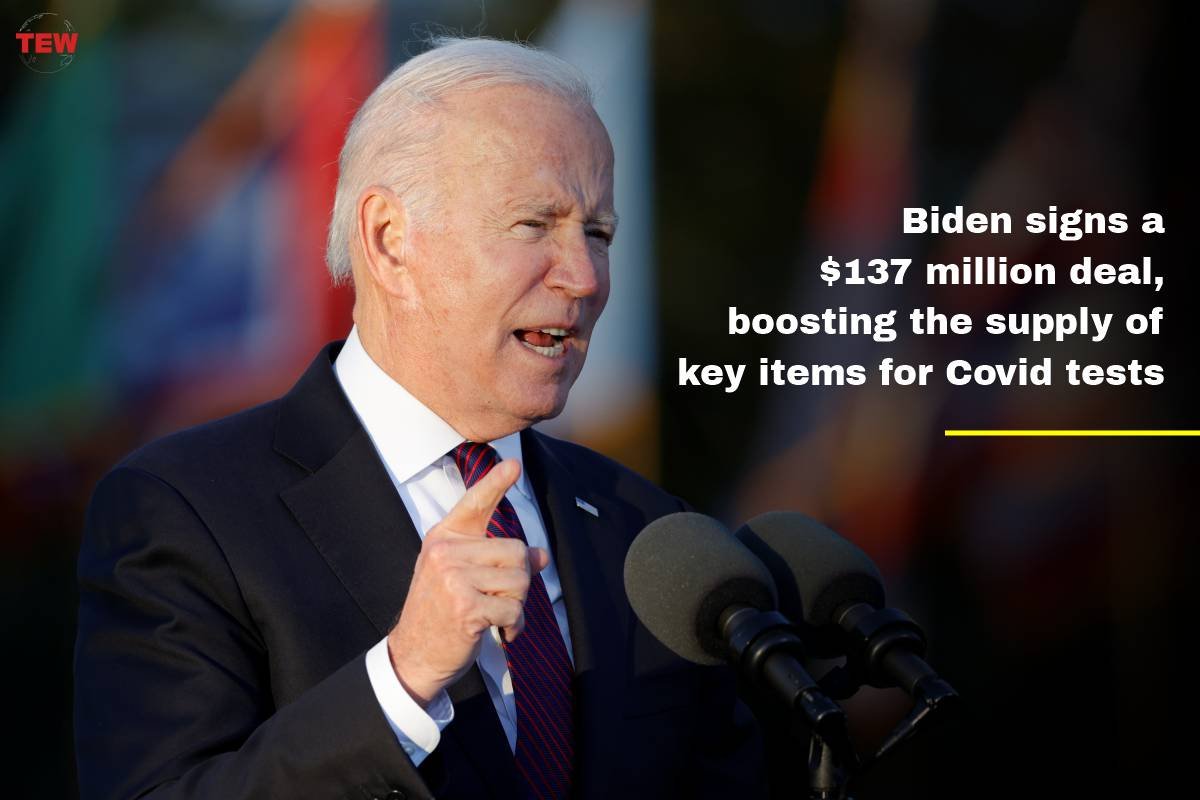 The Biden administration signs a contract for $137 million, to be announced soon. The deal with Millipore Sigma, a unit of Germany’s Merck KGaA, to boost production of a highly constrained component of rapid tests.

The fund will go towards establishing a new facility for producing nitrocellulose membranes in Sheboygan, Wisconsin. This membrane is the paper that displays the test results. According to officials, this ramp in production will allow for 85 million more tests to be produced per month.

Millipore Sigma is one of the major suppliers to U.S. Covid-19 antigen test manufacturers. It is still unclear about when the facility would ramp up to full production. The estimates given above are when the facility is producing at maximum capacity.

What this means for Healthcare in U.S. and measures towards Covid-19?

According to Reuters tally, the average Covid-19 cases have hit a record high of 258,312 over the past week. In lieu of handling the scarcity of rapid Covid-19 test kits, the Biden administration has taken this step.

The Biden administration has pledged earlier this month to invest $3 billion on test kits. To address the scarcity issue, and curb the rising worries, he aims to provide 500 million in-home Covid test kits.

Health experts suggest that the step taken is ‘too late, too little. As U.S.testing has been lagging, due to lack of skilled workers, in-home tests, and under-investment. These prevailing issues have raised an alarming note towards the impending crisis.

According to officials, the government is invoking DPA (Defence Production Act (DPA). This Act allows federal agencies to prioritize procurement orders which are oriented towards national defense. In this case towards production and testing of Covid-19 swabs and pipettes.

The DPA is a 1950s Korean war era law, which grants federal agencies power to take such funding decisions, award military contracts, and other contracts. There are many other similar contracts in works, which will be revealed in due time.

There has been a lot of chatter revolving around this decision of the Biden administration. It’s now become a matter of time, as according to experts Covid-19 cases will peak in the U.S. by the end of January.