Elon Musk liquidates another round of shares worth $1 billion, nearing the 10% target 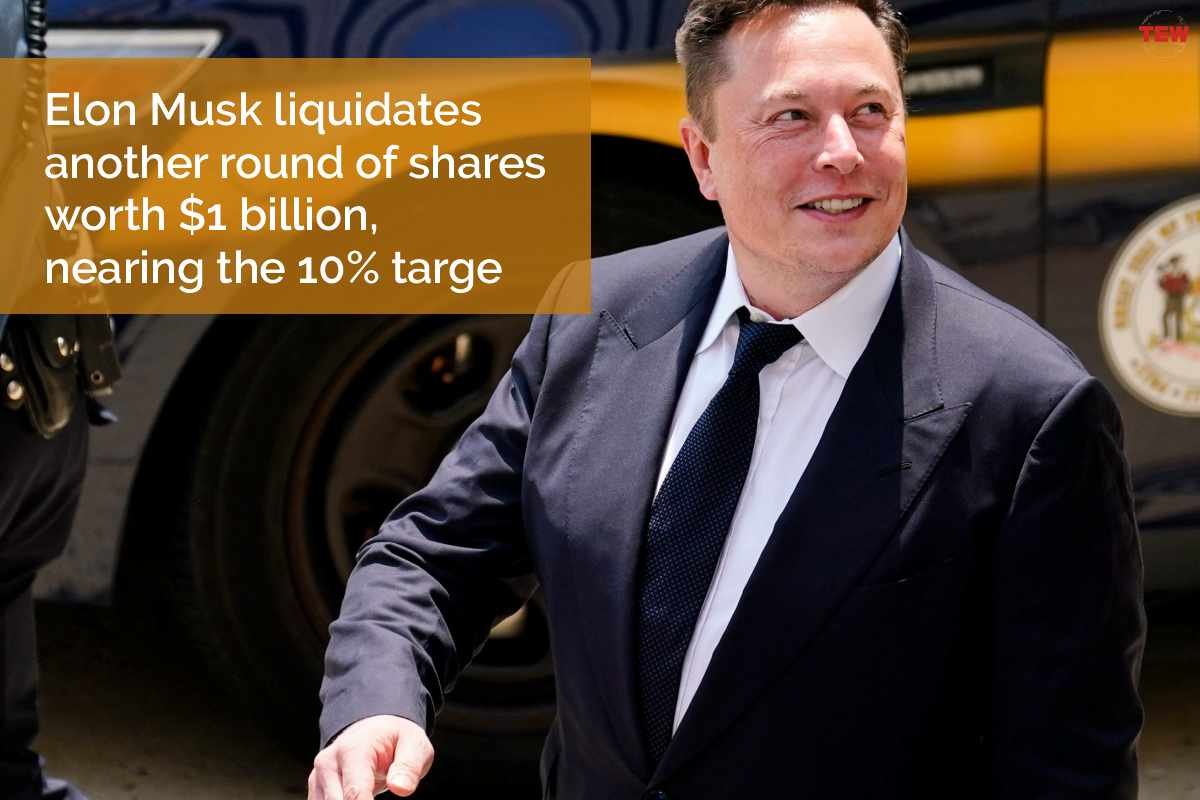 Tesla’s Techonking, Elon Musk sold another round of shares worth around $1.02 billion. This selling spree was initiated on Nov. 8th to pay a massive tax bill. Elon is expected to shell out approximately $11 billion for federal and California income taxes, marking the largest single individual tax bill in U.S. history.

Elon Musk polled his millions of followers on Twitter in the first week of November, asking if he should sell 10% of his stake in Tesla. The vote came in positive. This move was part of the plan that he adopted earlier in September also.

According to rules, corporate insiders can trade their equity as a pre-announced portfolio management plan. Thus, pushing the selling spree since November, and unloading 934,090 shares yesterday.

What lies ahead for the Billionaire?

In exercising his options this quarter, Elon’s holdings in Tesla have expanded from 170.5 to 177 million. He also bought around 1.6 million shares at $6.24 per share, granted to him in his 2012 compensation package.

Tesla shares have exploded over 54% this year, making Elon Musk the world’s wealthiest man. His net worth is now in the ballpark of over $250 billion. Elon Musk doesn’t take a salary or cash bonuses, instead takes loans against a portion of his Tesla shares.

As one has to pay income on what he/she earns, with loans Elon can get away without having to pay tax bills. SInce, taxpayers pay taxes on sold stocks also, Elon never sold a quantity that huge which will incur him to pay exorbitant taxes. With the use of this strategy, he has successfully evaded federal income tax bills since 2018.

What does it mean for investors and interested individuals?

According to sources, the selling spree is not yet complete, as millions of shares are still left to reach the 10% mark. What this curtails for investors is a chance to increase their holdings in Tesla, as supply would correct its share price in the coming months.

Also, this sale would indirectly benefit Elon Musk, this tax will enable him to receive compensation of more than $23 billion. This compensation will be in the form of stock options that would expire in August if he does not pay these taxes.

Thus, this would encourage the prices which have stretched to normalize, giving investors a chance to have fair valuations to invest in. The target share mark is taken to be around 17 million, on which Tesla has not given any official comment yet!