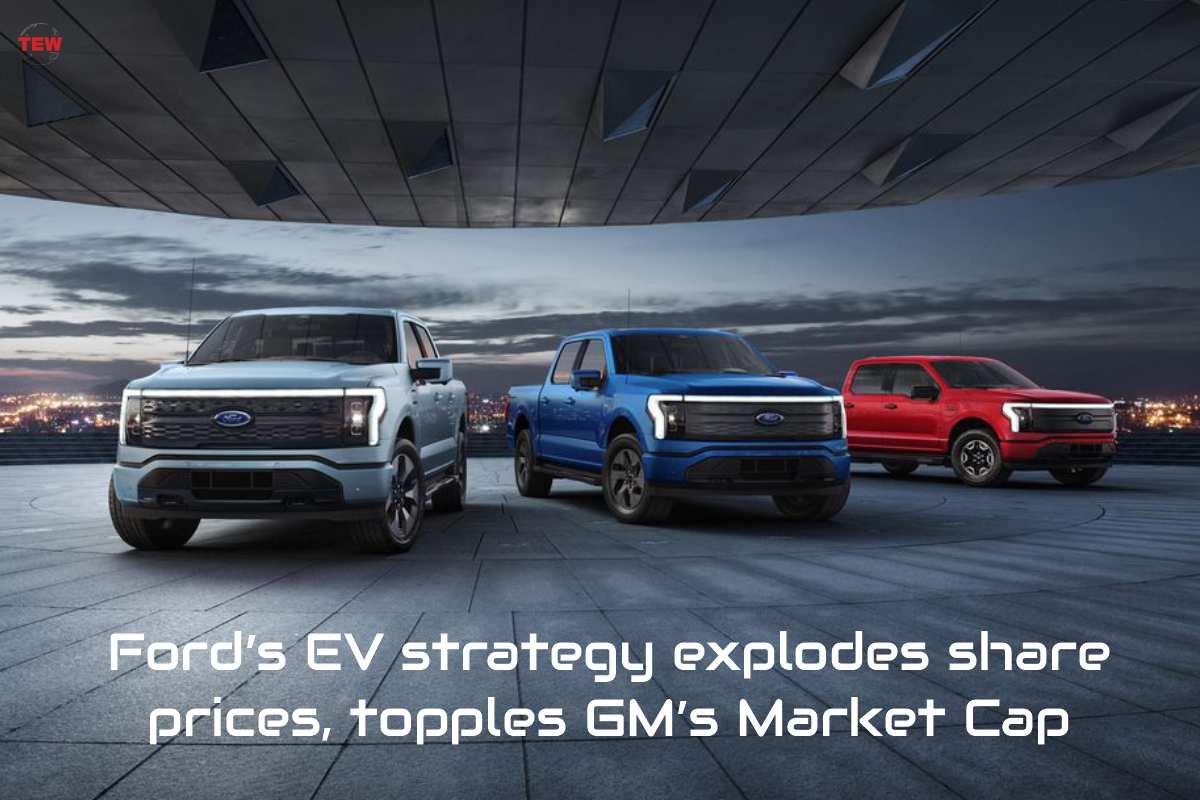 Ford Motor Co.’s strategy to boost its production and sales of EV crossover and pickups is pushing its share price through the roof. The company’s market capitalization has pushed ahead of its larger rival – General Motors. Ford Motor Co. is now the second-most valuable automaker, right below Tesla.

The company’s share rose about 4% on Thursday to $ 25.50. The company’s market cap currently stands at $100 billion. This jump in its share price was witnessed throughout January, clocking over 20%!

GM also rose, lifting its valuation to $91 billion. Tesla has only a fraction of annual sales in comparison to Ford or GM. Despite all of this, it remains the world’s most valuable automaker, having a market cap of $1 trillion.

What is Ford’s EV strategy?

Ford’s CEO, Jim Farley, who leads the company’s EV plans, stated that the company will double its production of Mach-E electric crossover. The Mach-E is a direct rival to Tesla’s Model Y and comes in two variants.

The market has taken Ford’s EV story to their hearts. As there are many OEMs (Other Original Manufacturers) developing a wide range of EVs. Consumers view Mach-E as a true competitor to Tesla’s Model Y.

What lies ahead as competition gets fierce?

Ford’s F-150 which is under $40k EV has already shaken the market. Lighting’s base model has a range of 230 miles, and the top variant with premium features can go 300 miles per charge.

The Company has revealed it already has 200,000 reservations for the truck. While Elon has promised towards Cybertruck, which was unveiled in 2019, set to launch in 2022 will come under a $40k budget. It will have a range of 250 miles per charge.

But no Tesla model which has come to the market has sold below ore qual to Musk’s estimates. According to media, Tesla removed references on its website about Cybertruck’s availability in early 2022. This is also a factor setting the stage for Ford Motor Co. and its EVs.