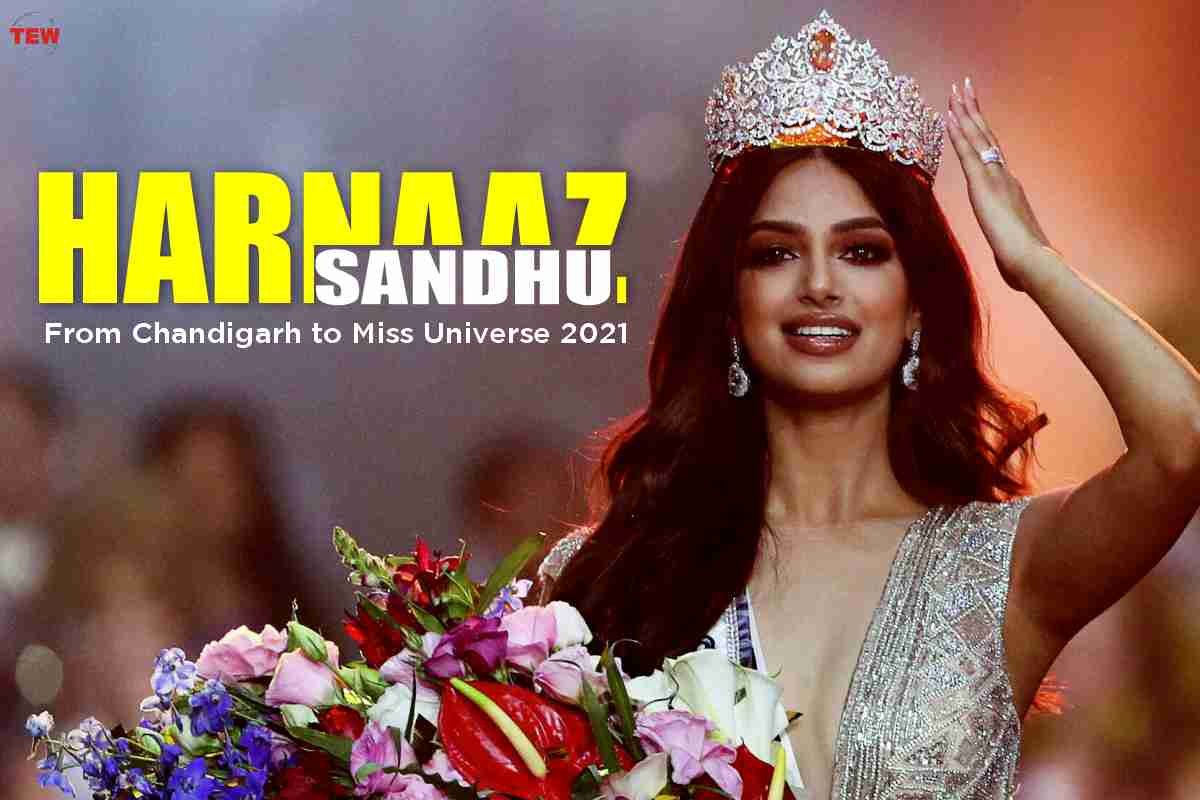 On Sunday, India’s Harnaaz Sandhu was chosen Miss Universe 2021, bringing an end to a contentious contest held in southern Israel this year.

Harnaaz Sandhu exhorted young people to “remember that you are unique and that is what makes you beautiful, stop comparing yourself to others” during a statement on stage during the pageant. “I believed in myself, and that’s why I’m standing here now,” Harnaaz Sandhu concluded, to roaring applause.

The pageant was held in Eilat, a tourist city in Israel, and included 80 ladies from all over the world competing for the title. The tournament came to a close on Sunday night, with eliminations whittling down the number of finalists until only two remained.

Steve Harvey—the host of the competition during a time in the competition said to Harnaaz Sandhu, “I hear you do some pretty good animal impersonations, let’s hear your best one.” He was also criticized online for asking such a question. However, she replied, “Oh my god, Steve, I was not expecting to do this on the world stage. I have to do this, I have no other option. Brace yourselves, everyone,” she said looking surprised, before demonstrating a few meows.”

when Harnaaz Sandhu had reached the top 5, she took the opportunity to spread a message on climate change. “This is the time to take action and talk less,” she said. “Prevent and protect is better than repent and repair.”

After her win was announced, she celebrated with other contestants on stage by shouting to a camera, “Chak de Phatte India,” a Punjabi exclamation similar in meaning to “Let’s do this, India!”

Miss Universe 2021: The Second Contest in The Covid Era

Miss Universe 2021 contest is the second in the Covid era. Before the big event this year, Israel’s borders were slated to open to vaccinated visitors, allowing thousands of fans to attend.

The Israeli government, however, sealed its borders to outsiders two weeks before the competition due to the introduction of the new Omicron variety, causing travel arrangements and preparations to fall apart. Miss France was one of the contestants who tested positive for the virus upon arrival in Israel and had to be quarantined, but she was able to leave just in time for the preliminary competition on Friday.

As with past international events sponsored in Israel, the pageant was surrounded by political controversy, with some opponents and nations calling for boycotts.

The South African government withdrew its backing and demanded that Mswane withdraw, alleging Israeli treatment of Palestinians as “apartheid,” an allegation Israel denies. Mswane, however, elected to compete in Israel with the support of the Miss South Africa organization.

Miss Israel, Noa Cochva, and others, including pageant organizers and candidates, replied with a consistent refrain: Miss Universe 2021 should not be about politics.

According to a representative for Israel’s Ministry of Tourism, Israel was one of the first nations to begin vaccinating its citizens and had achieved a high immunization rate by May of this year, when the country was approached about hosting the December competition.

PrevNetflix to Cut Prices Across its Streaming Plans
Disaster in the making as Banks go out on a strike?Next