New York City! Just the name makes eyes sparkle, dreams bigger and everything much merrier. With an overwhelming amount of opportunities, to an artist, a writer, a banker, an engineer, you name it and New York has something in store for you!

Before we dive into the extravagant culture of New York, let us first understand-

What are some geographical features of New York City?

The metropolitan of New York City make up the premier gateway for any legal immigration to the United States. The vast majority of people pouring in from over the world have made New York a cultural capital, with a whopping 800 languages spoken in the city, a kind of linguistic diversity that’s hard to find anywhere else.

The city is a home to more than 3.2 million residents born outside the United States. As of 2022, the New York City metropolitan area had produced an estimated gross metropolitan product of over $2.1 trillion, topping the list worldwide. With this estimate in mind, the city also houses the highest number of billionaires and millionaires of any city in the world.

What is the history of New York City?

1628- The first black slaves arrived, who played a major role in forming the colonies.

1653- A Wall was built to protect New Amsterdam, across Manhattan Island. The street next to it was call The Wall Street.

By this time, New York had almost doubled its population, and the main industry in the city was that of milling.

1725- The New York Gazette, the first newspaper began its publication.

1732- The first theatre in New York was opened

1792- Trading in stocks and shares took place in and around Wall Street.

1886- The Statue of Liberty was dedicated by President Grover Cleveland

1904- The first line of New York Subway was opened.

What is the story behind The Statue of Liberty?

“We will not forget that Liberty has here made her home; nor shall her chosen altar be neglected.”

—President Grover Cleveland, accepting the Statue of Liberty on behalf of the U.S., October 28th, 1886

The Statue of Liberty stands tall in the Upper New York Bay, representing the universal symbol of freedom. The Statue of Liberty was originally gifted by France to the USA as an emblem of strengthening friendship, and also as a staunch sign of their mutual wish for liberty.

Over the many years, it has evolved into so much more. It is also regarded as the Mother of Exiles, who stands strong, welcoming the millions of immigrants, as an epitome and embodiment of empathy, hope and opportunity for everyone who is in search of a better life in the USA.

Representing the spirit of America itself, the statue excites the desire for freedom in people all over the world.

The Wall Street- What’s the Story behind the Charging Bull?

The Charging Bull or the Big Bull on the Wall Street has today become the universal symbol of the American stock market and its big business. It is also one of the most visited and popular sights in the city. Tourists pour in from around the world to see this bronze beast.

The Charging Bull sculpture was created by an Italian-American artist, Arturo Di Modica. Di Monica came to NYC in the 70s, and being inspired by the city’s energy he opened a studio on Grand Street in the modern day SoHo.

Di Monica started working on the bull after the stock market crash of 1987, where he felt he owed something to the Americans for so graciously accepting him and supporting his career as a sculptor.

He paid a whopping sum of $360,000 of his own money to build the Charging Bull. With the Charging Bull, he wanted to inspire people to carry through hard times and celebrate the consistency and perseverance of an American business professional. He chose the bull to represent the rising market and a thriving economy, which everybody was fighting for after the big crash.

What is the Best Time to Visit the Bull?

Unlike the other monuments of New York City, for example the Statue of Liberty, Charging Bull does not have any tickets and has a no-cost admission. The Bull stands in the middle of the street, so you can very easily visit it any time of the day.

By mid-day, you can find dozens of people lined up in front for a snap. So, if you want to gaze at the Bull without anyone pestering to move along, you will have to show up early in the morning.

Winter can be a good time to visit the Bull. Owing to the snowy, chilly days you can find fewer people around. And if you are lucky, you can also find the Bull covered in a blanket of snow!

New York is regarded as one of the most diverse cities in the world. The city is also sometimes referred to as The Melting Pot because of the number of immigrants moving here from around the world.

Its diversity is easily reflected in its food, art, music, culture and the neighborhoods.

Here is a fun thing to do in New York City-

You can visit the Tenement Museum and explore NYC’s immigration history. You will be able to visit the 19th century tenement building and listen to the stories of families that lived there.

You ask ‘Why is New York so famous?’ The answer is incomplete without a tour to the local culinary culture.

NYS is a foodie’s paradise, mostly because of its globally inspired cuisine and also a heavy influence by many cultures of the city.

Wondering what food NYC is famous for? Some of New York’s most famous foods include the classics like that of New York bagels, New York pizza, and the New York cheesecake.

Because of its multicultural nature, it also houses authentic cuisines across the globe. To name a single place to try amazing dishes would be hard, but you can visit the Queens Night Market in Queens. In this open-air weekend market, you can try food from more than 100 local vendors.

Smorgasburg is another weekend market generally found in Brooklyn, Manhattan and a few other places. If you are in the mood to cruise around, enjoy beautiful scenery of the New York City, while enjoying Philly cheesesteaks, Chinese bao buns, Filipino street food, Indonesian rice bowls and so much more, The Williamsburg location would suit you the best.

New York is also famous for some of the best and the most unique restaurants in the world. Like Café Sarai, where you can taste the Reuben Momos, the traditional Tibetan dumplings with a New York City twist to top it off.

There also are a number of food tours in NYC where you can be an audience to the stories of different neighborhoods through food. Some of them include-

The Museums of New York City

New York hosts some amazing and world-class museums and many of them have a free entry.

These museums have the most impressive and awesome collections of art and other historical artifacts.

Broadway- A Celebration of Art

One of the main reasons why New York City is so famous is the incredible shows on Broadway!

New York, with the culturally rich and diverse visual and performing arts scene, is the most celebrated destinations for theatre globally. Broadway’s stages have held countless plays and musicals and some of the best performers have graced the stage.

Here’s a tip if you love tours dearly-

You can book a Broadway Theaters & Times Square with a Theater Professional excursion and dive deep into the history and culture of Broadway.

There are just a few other cities in the United States that go all out to celebrate the holidays as New York.

Thanksgiving in New York City is a big festival. Macy’s Thanksgiving Day Parade serves as an unofficial start to the holiday season, and the tinker lights come out decorating the city with wide smiles and a happy spirit.

And then comes the biggest festival of New York City- Christmas. We have all watched Home Alone- Lost in New York a million times during the holidays, and have been mesmerized by the beauty of the city. It is something you simply can’t miss. The beautiful window displays, events in the city, decorations, every little thing takes the atmosphere to another level. Watch the city turn into a true winter wonderland around Christmas.

A modern city with busy brokers and aspiring students, you would think it is hard to find time to sit and appreciate a beautiful building. But the glass skyscrapers, silhouettes of some of the most iconic buildings like the Empire State Building and the Chrysler Building make for New York’s impressive and striking skyline.

If you want to get more knowledge about the city’s architecture, you can consider the following tours-

You can also look out for the Manhattan Architecture Yacht Cruise. On this special tour you can sip on wine and beer sitting in a 1920s-style yacht and listen to the narration from the American Institute of Architects (AIA). This is one of the best and most sought after Manhattan skyline tours available.

New York is home to incredible cultural institutions, has mesmerizing art museums and the famous Broadway Theater. But its legacy of a vibrant culture goes even further.

New York City is also famous for a happening music scene. From the funky uptown jazz clubs to the popular downtown punk music history, New York has been known to be a music hub.

Adding to that, the city is also one of the fashion capitals of the world, with its fashion roots dating back to the 19th century. Today, the fashion scene of New York has evolved, where the city is a host to top annual Fashion Weeks, and also holds some of the most famous fashion designer and retailer headquarters than any other US city.

The city’s hard and fast lifestyle and the bittersweet nature has been an inspiration for countless books, movies, and it is also among the most filmed cities in the world.

PrevVenice – The City of Canals 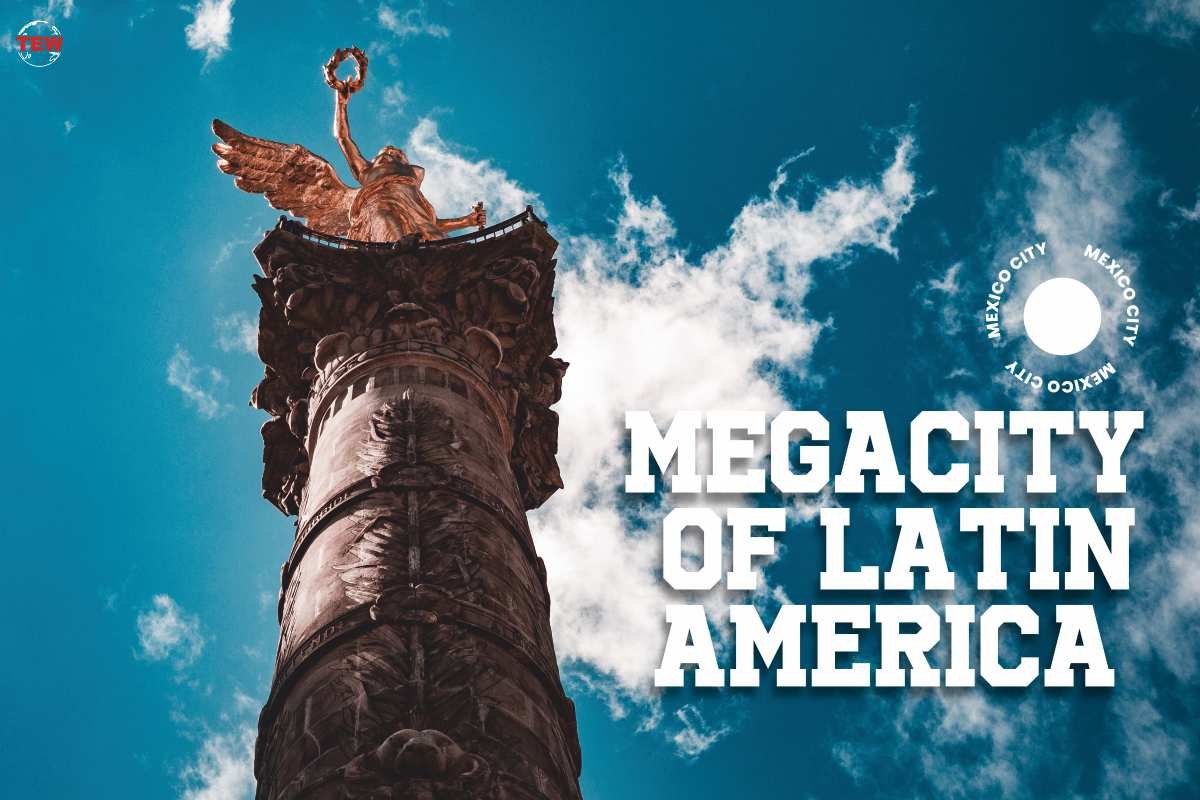