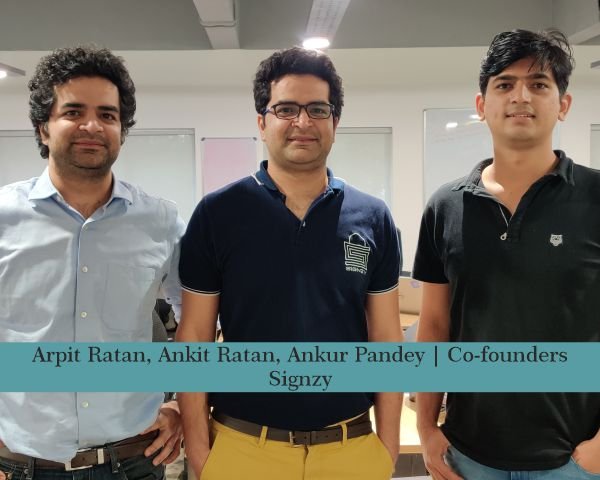 Banks and Financial Institutions often have to deal with operational complexities. Signzy can completely automate their back-operations decision-making process into a real-time API. This is possible due to a combination of Nebula – Signzy’s no code AI model builder and its Fintech API marketplace of over 200 APIs. By collaborating and using APIs to advantage, banks and fintech firms can leverage their complementary strengths, enhancing the customer experience much more than what all stakeholders could do on their own.

Through its AI-powered RPA solutions, Signzy is reducing human interaction with customers at various levels, saving it only for the critical decision-making aspects of banking.

For example, customer onboarding in banks is tedious and mostly a manual process and requires an average of seven days. Signzy, through its AI-based decision engines and back-office automation solutions, enables account opening in real-time. Signzy’s Video KYC solution enables real-time Customer Onboarding, Verification, and Fraud Detection for banking and financial institutions, which makes the process seamless for both financial institutions and their customers.

The company has built a digital trust infrastructure that ensures the highest levels of privacy for end customers, digital transformation for banks and financial institutions in a matter of a few weeks, and enhanced security for regulators.

Entrepreneurship is like eating glass and staring into the abyss of death.

Mr. Ankit Ratan, co-founder of the company, and his team of brilliant and driven by passion people are transforming the banking sector with cutting-edge solutions.

Journey since the Inception Signzy

Given the fact that they are in a domain, which is highly technological, finding the right kind of talent has always been a big challenge for the company. People having in-depth knowledge of deep and emerging technologies are a few, and there is a reasonable risk that they may run out of such people.

The main challenge for the company is to procure the best talent in the field, who would be able to compete in the global advanced technology race, knowing that they may not be able to attract and retain the best kind of talent that is going to the valley.

Also, when you come up with something innovative, especially in a sector like BFSI, it is super hard to get people to trust you and to agree with you initially because you are in a high regulatory environment. That was another biggest challenge for them.  They were providing solutions to the problems, but the people did not trust them. However, they were lucky to have a few banks that took the risk and believed in Signzy.

The challenge now is to scale both organisationally and also in terms of technology. Today the company is working with big banks, where security is critical, and the scale of operations is vast and very diverse, where every customer has different needs, which they have to cater to. To tackle this with efficacy is their biggest challenge as well as an opportunity to grow.

Signzy on-boarded their first enterprise customer after one and a half years of starting up; and within the next one year they were only able to get 2 other customers live, but then in the last one and a half years they were able to grow their customer base from 3 to over 50 customers and, Signzy currently handle around 90 customer accounts. They have also seen their team growing from less than 20 from when they began the journey to over 100 strong people currently working for Signzy.

Signzy’s current product portfolio focuses on the following areas for banks and other financial institutions:

For the next few months, Signzy’s Video KYC solution would be their primary focus.

The company started working on Video KYC in the middle of last year. With RBI approving Video KYC in January this year and amidst the current COVID-19 crises, Video KYC has become the highest in demand.

They are excited to further it because they are not only getting traction in India but also a great response globally. In the past week itself, they were able to onboard three new customers. Video KYC is the product they believe will help them scale faster, globally too.

Technology that transformed the traditional way of businesses

Considering the BFSI sector in particular, while the whole banking is steadily going digital, compliance function within remains very manual and paper-driven. Banks are spending enormous resources and time in doing tasks like customer onboarding, back-office operations, which they feel could be largely automated using AI.

AI and automation are proving to have a significant impact on compliance efficiency and robustness. AI-enabled systems built on machine learning are generating substantial reductions in the time and effort required for document interpretation, sans human intervention minimizing the risk, which may cause human error.

AI is helping bankers simplify regulatory compliance. The developments in the areas of customer identification and verification through the introduction of digital/ Video KYC and fraud detection technology are a few leading examples of how technology can make compliance seamless.

Today, in banks, there are 20-30% people in front-end or customer-facing roles and 70-80% in back-end operations. Signzy’s vision is to reverse this. Their goal is to help banks reduce their cost of services and at the same time give a much better experience to the customers.

Before starting up Signzy, he worked as a data analyst for a US-based company, which used to work for banks like Citibank and Metlife. His expertise was in solving fraud-related data analytics problems in banking.

He believes that their most notable achievement was that they were able to work with all the top 4 banks in India and along with a global player like Mastercard in a short time. Even big companies have struggled to crack working with these top banks as it is tough to convince them. It took a lot of persistence to convince them regarding Signzy’s products and get on board with their processes.

Scaling Signzy to hundred-plus employees was the second significant achievement for him. The company under his leadership feels immensely proud that they were able to create 100 job opportunities.

Building a cutting edge AI proprietary technology based out of India at a time when everyone was looking towards the West and China is also an important milestone for them.

He says, “One of the most crucial things in digital business is to understand how much does your infrastructure support direct outreach to the customers and personalization of offerings and expectations. The most significant opportunity in the digital landscape is that players can directly reach out to the customers to understand their needs or wants, allowing them to provide a genuinely personalized or customized experience. This also fosters greater collaboration and trust.”

The happening work environment at the company

At Signzy, they believe in following a flat hierarchy. Their horizontal organizational structure gives the opportunity even to the youngest intern to work and interact with the CEO or the CTO.

Secondly, they have flexible work timings, which is a hit with the employees. As long as the employees are meeting team goals, they are free to choose their time of work based on their convenience. The focus is not on the hours they are putting in but, on the goals they meet.

To encourage workplace freedom, they also offer employees the opportunity to change roles within the organization as per their liking, interest, and expertise. For example, one of their product managers joined as a backend engineer, but after a while, they found out that her potential could be better explored and put to use in the front end; today she is heading a team as a Project Manager.

Signzy found a great client and mentor in Mastercard. It will always be grateful to them for they supported and trusted the company when it started operations and became very first customer partners. They reach out to them asking if the company needs any support financially or otherwise, which is very rare. Time and again, they advise them to reach out to the local Mastercard team who could help them with the issues.

About the constant vigilance and the rat-race in the market

Mr. Ratan says, “I do not think vigilance is needed as long as one can set clear goals. The youngest employee can also be made accountable and can be given ownership of their part. The leader may have a periodical review of the goals. I believe that vigilance is a lousy strategy.” “I believe the most important thing to remember is, even if one wins the rat race, one remains a rat still.

The focus of a company should be on the problems it is solving and on the customers. With complete focus on the above two things, a company would not only automatically beat its competitors but will also be able to create something that would take it out of the rat race and make it unique.” He added. 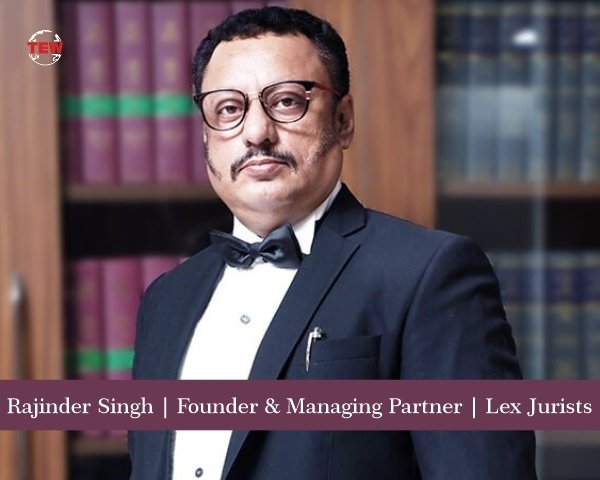 Mr. Rajinder Singh is the founder and Managing Partner of Lex Jurists – Advocates & 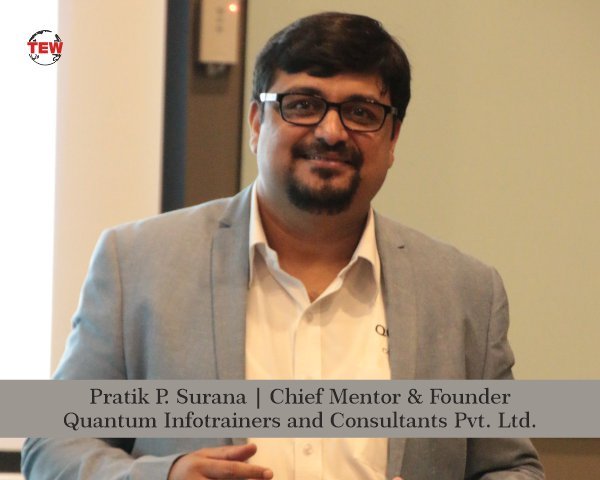 In the last years, industries have seen technological development in their operations. These developments have 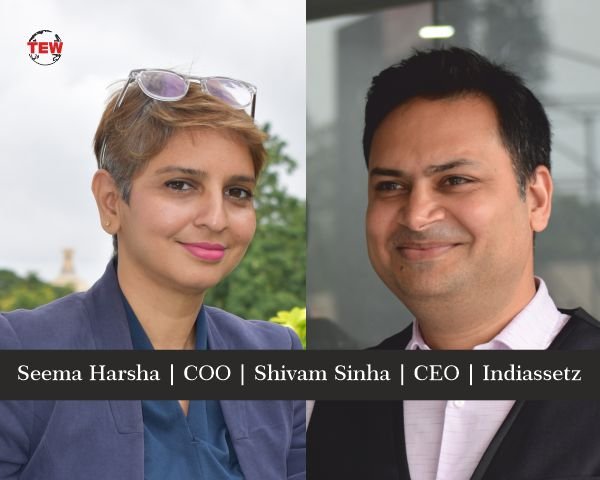 Indiassetz – The Family Office for Your Real Estate Wealth

“Most people think buying is investing, but they’re wrong. It doesn’t make you an investor