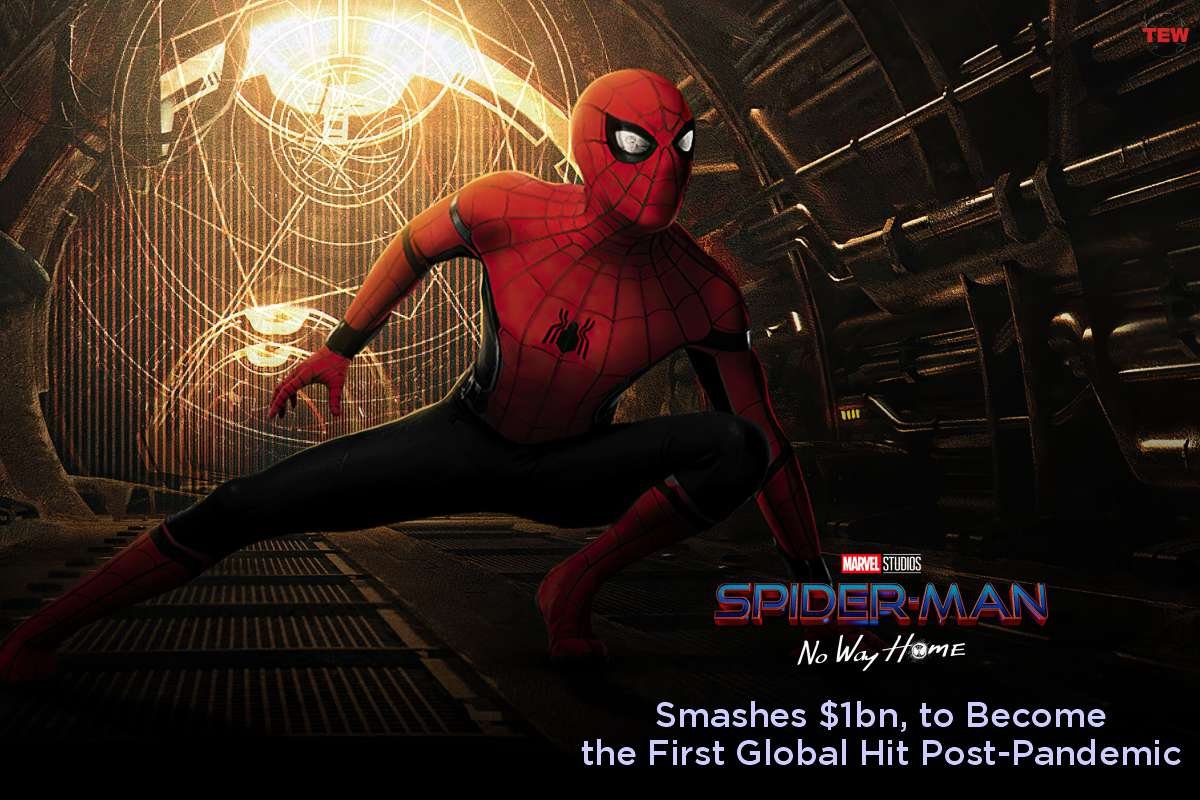 For all those film enthusiasts, those who had longed to watch movies in the theatre, and had missed all the theatre gimmicks and excitement and the fun, Spider Man’s latest came in as the best Christmas/New Year gift to all of them.

Columbia Pictures and Marvel Studios’ latest release Spider-Man: No Way Home has become the first-ever film to cross the $1bn mark at the global box office. This has come in as a big surprise as people have flocked and watched the movie amid the Omicron spread and Europe and other countries imposing restrictions.

A Milestone in Cinema Globally

The tent-pole had a stellar star cast of Tom Holland, Zendaya, Benedict Cumberbatch, and many more and was directed by Jon Watts. The film stood at $1.05bn as of Sunday 26th December, after 12 days of its release. No Way Home tied with the Star Wars: The Force Awakens, which crossed almost the same amount in the same number of days in the year 2015, and ranked third behind Avengers: End Game in the year 2019 and Avengers: Infinity Way in 2018.

No Way Home opened in Thailand on $3.5m and added $7.5m in the UK for a $68.9m running total which has overtaken the $49.6m final tally of Far From Home in 2019. The film is tracking ahead of current franchise champion Far From Home by 51% and is ahead of the 2017 release Spider-Man: Homecoming by 99% for the same bucket of markets at current exchange rates.