Tachyum- Advancing to a Greener Era with AI 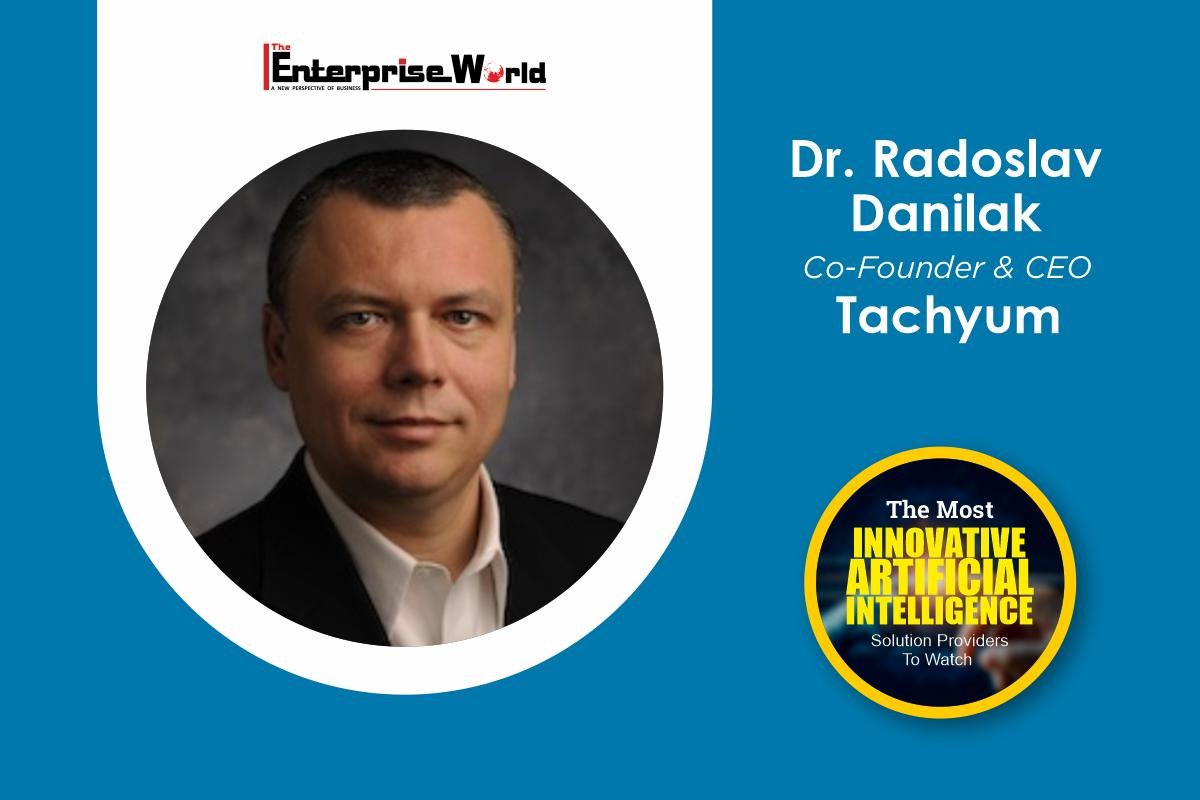 Something that was so easily thought to be science fiction in the last few years, has today become a reality. Who would have thought that AI technology could take over so fast and be the new reality that we live in. And the most important catalyst for this vast expansion of AI was that of the COVID pandemic.

AI today has evolved so much that it has enabled machines that act and think like humans. More than just the take-over of technology in various sectors, the most important aspect of AI is that it has helped industries increase their efficiency and time to market with unmatched speed.

Featured in the Cover Story of The Enterprise World’s current issue of The Most Innovative Artificial Intelligence Solution Providers To Watch, is Tachyum, a company with disruptive AI solutions..

Tachyum is a semiconductor company headquartered in Las Vegas NV, with product and business development offices located in Santa Clara CA and Bratislava Slovakia. The company’s flagship processor chip is on track for tape out and silicon sampling in 2022. Tachyum’s 128-core Prodigy is the world’s first universal processor, capable of seamlessly switching from normal data center workloads to AI or HPC workloads while delivering industry-leading performance across the board.

Advancements in semiconductor density, power efficiency, and cost have slowed dramatically. The Industry is facing a performance plateau crisis and is discussing the death of Moore’s law; which states that the number of transistors on a microchip doubles every two years, and the cost of processors is halved.

The underlying cause is the physics of nanometer class devices, which existing approaches to hardware, software, and system design, fail to overcome.

A solution requires a fundamentally new approach, one that non-disruptively converts existing software to new computational mechanisms, created specifically to unlock the performance of nanometer-size devices. Tachyum’s Founders have a proven track record, in previous companies, of solving problems caused by device physics, to deliver disruptive products to market.

Tachyum will unlock unprecedented performance, power efficiency, and cost advantages, to solve the most complex problems in big data analytics, deep learning, mobile, and large-scale computing. The deep impact will be felt across a broad spectrum of markets and industries.

Challenges that Shape the Future-

“As with most start-ups, our initial challenges were finding world-class engineers, and raising money.”

An inflection point for Tachyum occurred when the company completed the simulation of their revolutionary new processor and generated record-breaking benchmarks on industry-standard processor test suites. This was a key factor in the company’s successful Series-B raise, a large portion of which was non-dilutive.

At its inception, Tachyum based its Served Available Market analysis on data center server processors alone. That market was projected at $50B by 2024 with a healthy 15% CAGR. Tachyum management subsequently recognized (and independent industry analysts agreed) that Prodigy’s disruptive performance in the AI application space, rendered our previous estimates inadequate.

“We now project a $70B Served Available market in 2024, which includes winning sockets that were previously the exclusive domain of leading AI hardware competitors.”

The most important factor that has resulted in the company’s long-standing success is that every team member is laser-focused and fully confident that they could bring Prodigy, a truly disruptive processor, to market in 2022. Also contributing is the combination of hands-on leadership that Dr. Radoslav Danilak and his senior staff provide, coupled with a highly motivated, world-class engineering team.

It’s on record that pharmaceutical companies used AI to speed up vaccine development to combat the pandemic. Meanwhile, AI has become embedded in products ranging from self-driving cars to life saving medical devices. According to Grand View Research in June 2021, the AI market was valued at $62.35B with an expected CAGR of 40.2% through 2028. This explosive growth in demand for AI-assisted products and services positions Tachyum to compete successfully in the rapidly growing AI space.

Prodigy not only provides 3-5x the performance of the fastest Intel Xeon at 3x lower price per MIPS and 10x lower power (core vs. core), it can also seamlessly switch from data center workloads to AI and/or HPC workloads. When running convolutional neural nets, Prodigy outperforms Nvidia A-100 GPUs by a factor of 3-5x (depending on the application). Furthermore, in hyperscale data centers, Prodigy reduces TCO (annual Total Cost of Ownership; OPEX + CAPEX) by a factor of 4, thereby saving each data center operator billions of dollars per year.

Hyperscale data center operators provision their data centers with the number of servers required to handle peak traffic loads. At night, during off peak hours, they power down over 50% of their servers in order to save electricity. With Prodigy, otherwise idle servers during off peak hours, can be seamlessly repurposed to run AI programs, thereby enabling the data center operators to monetize nearly 100% of their capital investment in servers.

How is Tachyum Changing the World?

In addition, Tachyum-powered supercomputers are poised to address some of the world’s most important and challenging problems, including a wide array of global health challenges, as well as the ability to provide real-time language translation from any language to any other language, making the world a true global village.

Prodigy will help drive worldwide economic growth in AI. According to PWC, AI will increase global GDP by 14%, or $15.7 trillion, by 20301, and Prodigy will be a key enabler of that growth.

“The Tachyum solution delivers never-before-seen performance and efficiency to a wide range of applications including Hyperscale, HPC, and AI.”

Prodigy embodies a new way of looking at processor architectures, and Tachyum’s work has already generated multiple patents, with more in progress. Work has already begun on Prodigy2, which will be a 200+ core processor fabricated at 3nm feature sizes and delivering almost twice the computational power of the original Prodigy.

With funding from the Slovak government and the EU, a consortium of which Tachyum is a founding member will build the world’s fastest AI supercomputer in Bratislava Slovakia beginning later this year, powered by Prodigy processors. Projected to deliver 64 AI Exaflops, with a EUR 70M budget, the Prodigy-based supercomputer compares favorably with DOE’s 2 Exaflops “El Capitan” supercomputer, with a $600M budget.

“Rado” Danilak has over 25 years of industry experience and over 100 patents designing state-of-the-art processing systems. In 2016 he founded Tachyum to disrupt markets by solving the processing performance plateau of nanometer class chips.

Rado was the founder and CEO of Skyera, a supplier of ultra-dense solid-state storage systems, acquired by Western Digital in 2014. As Skyera CEO he won the 2013 Gold Tech Awards Circle for Emerging Company Executive of the Year. At Wave Computing, Rado architected the 10GHz Processing Element of deep learning DPU.

Rado was co-founder and CTO of SandForce acquired by LSI in 2011 for $377M. Rado pioneered enterprise and consumer MLC flash controllers and solved endurance limited by device physics. He was a chipset and GPU architect at Nvidia, a CPU architect at Nishan Systems and Toshiba, and the chief architect of 64b x86 CPU at Gizmo Tech.

The Microprocessor Report said Rado “has developed some interesting ideas that show significant promise in delivering performance better than that of the leading processors expected in near future… these ideas are likely to appear in other next-generation instruction sets, including the HP/Intel IA-64.”

Dr. Danilak is a U.S. citizen born in Slovakia and serves on the Slovak government’s Innovation Advisory Board. He is a member of the IDC Technical Computing Advisory Panel, the Forbes Technology Council, a contributor to TechTarget, a member of IEEE, a member of Technology Transfer Bulletin (TTB) Editorial Board and a member of the Board of Directors of the Dionýz Ilkovič Foundation. He holds a Ph.D. in Computer Science and an MS in Electrical Engineering from the TUKE Slovakia, where he taught compiler courses. 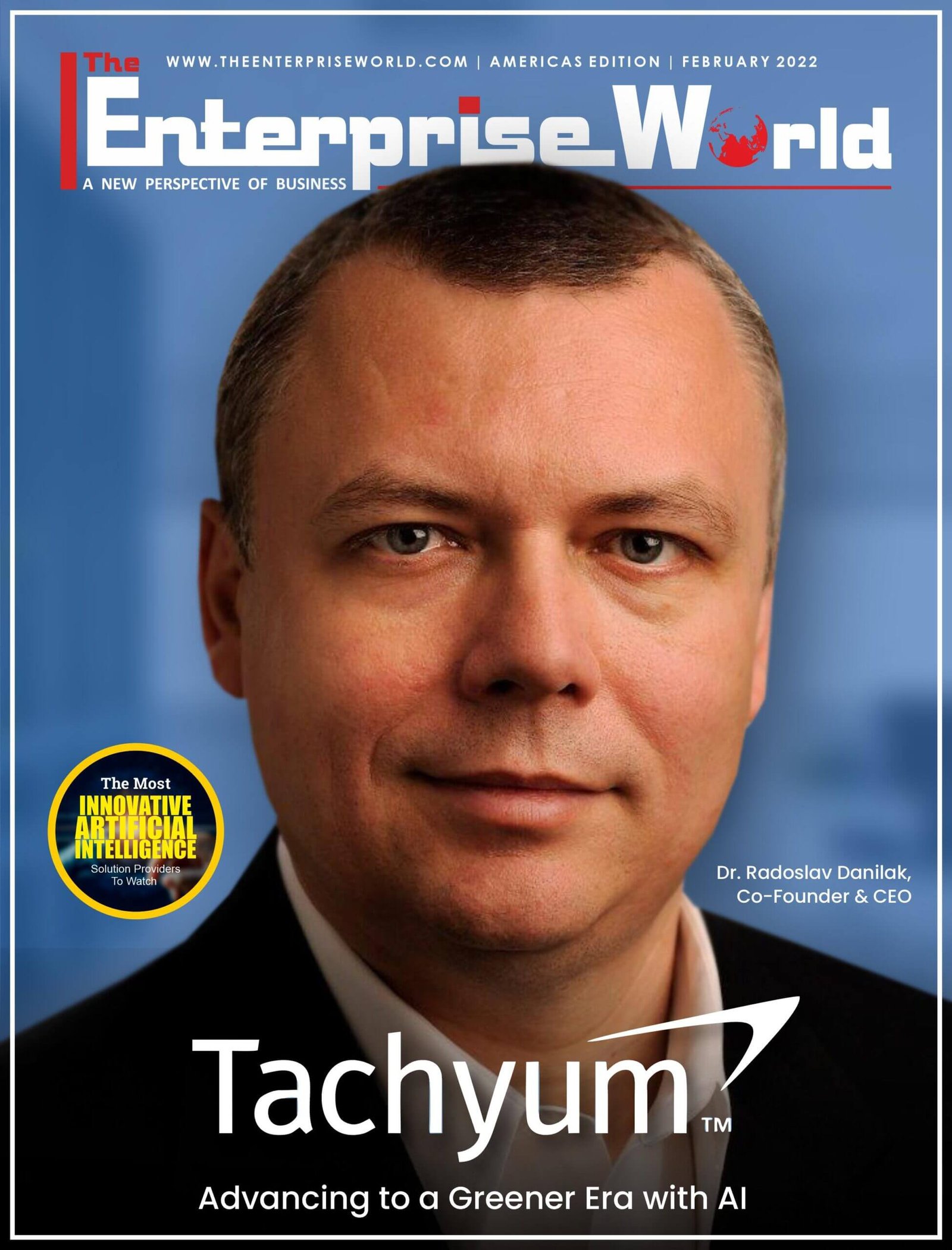 The Most Innovative Artificial Intelligence Solution Providers To Watch