Ranked! Best Players in the IPL History So Far 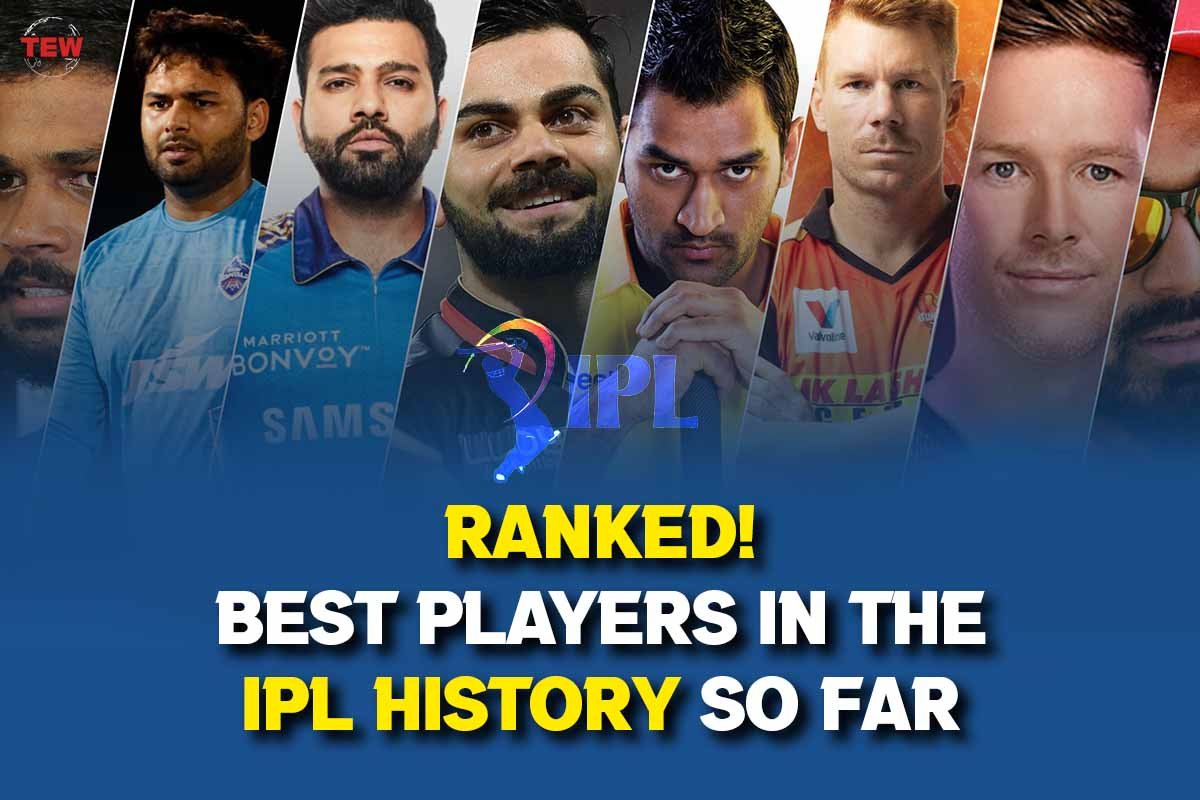 In this article, you will see some of the Best Players in the IPL History so far.

There is no question that the Indian Premier League (IPL) is the toughest and most competitive cricket league in the world. Every year, the best players from all over the world come together to compete in this highly competitive tournament.

The IPL is a very demanding league, both physically and mentally. The players have to be at the top of their game to compete. The competition is so tough that even the slightest mistake can be costly.

However, some players absorb the pressure so well and leave an impression that cannot be forgotten.

Here are some of the Best Players in the IPL History of the tournament, so far:

Sunil Narine is one of the most successful bowlers in the Indian Premier League. He has played for the Kolkata Knight Riders since the 2012 season, and has been instrumental in their success. In the 2016 season, he was the leading wicket-taker in the IPL, with 24 wickets from 14 matches.

Narine is a mystery spinner, and is known for his unorthodox bowling action. He is capable of bowling both off-spin and leg-spin, and is very difficult to read. His delivery is often compared to that of a Chinaman bowler.

Narine is also a very useful batsman, and has scored some crucial runs for the Kolkata Knight Riders. In the 2016 season, he scored 246 runs from 14 matches, at an average of 36.57.

Chris Gayle, popularly known as ‘Universe Boss’, is one of the most destructive batsmen in the history of cricket.

Gayle made his debut for the Kolkata Knight Riders in the inaugural edition of the IPL in 2008 and was instantly a hit with the fans. He scored a blistering century against the Delhi Daredevils in his second match and followed it up with another century against the Chennai Super Kings. He was the leading run-scorer in the tournament with 548 runs at a strike rate of over 200.

Gayle is the only batsman to score 10,000 runs in Twenty20 cricket and he is also the leading run-scorer in the IPL, with 4,484 runs in 121 matches. He has also hit the most centuries in the IPL, with five. Gayle is undoubtedly one of the greatest batsmen to have played the game and he has been a revelation in the IPL.

Ravindra Jadeja is one of the most successful all-rounders in the Indian Premier League. He is a left-handed batsman and a left-arm orthodox spinner. He plays for the Chennai Super Kings in the IPL.

David Warner is an Australian cricketer who played for the Sunrisers Hyderabad in many editions of the Indian Premier League. He was the captain of the team and was one of the most successful batsmen in the league. In the IPL, Warner has scored more than 4500 runs and has a strike rate of over 140. He has also been the leading run-scorer in the league for the past three years.

In the IPL, Warner is known for his explosive batting. He is capable of scoring runs quickly and has often been the match-winner. Warner is also a good fielder and has been named in the IPL XI on multiple occasions.

Warner had been one of the most consistent batsmen in the IPL and had often been the backbone of the Sunrisers batting line-up. He is a class act and is one of the most respected players in the league.

He is widely regarded as one of the best finishers in limited-overs cricket and is known for his calm and composed demeanour under pressure situations.

Dhoni is the most successful captain in IPL history, having led the Chennai Super Kings to victory on three occasions. He has also been the recipient of the IPL Player of the Tournament award on two occasions. In 2010, he was named as the captain of the ICC World Twenty20-winning Indian team. In 2011, he led India to their second Cricket World Cup triumph.

It would be hard to overestimate the impact that Dwayne Bravo has had on the Indian Premier League. The all-rounder from Trinidad & Tobago has been a revelation since joining the Chennai Super Kings in 2010, and has played a key role in their three IPL triumphs.

Bravo is an electric presence on the field, with his ability to both bowl and bat at a high level making him a truly dangerous opponent. He was at his very best in the 2013 IPL season, where he was named the Player of the Tournament after scoring 455 runs and taking 32 wickets, That’s Why He is one of the Best Players in the IPL History.

Bravo’s value to the Chennai Super Kings cannot be understated, and he will be a key player for them once again in the 2018 IPL season.

Who is your favorite Best Players in the IPL History?

PrevAre Climate-Controlled Storage Units Worth It?
Which are the Important Software Tests to Perform?Next