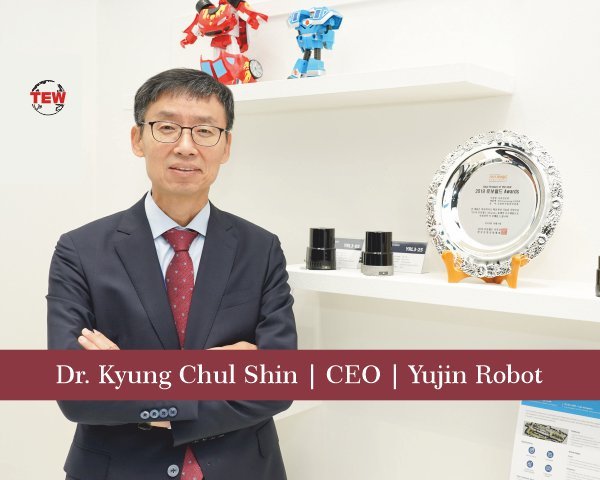 In South Korea, the development of the robot industry and rising labor costs are accelerating the growth of robotization. But the quality and quantity of technology have been limited and the applicable areas are few, which means development is closed to other applications. If it is expanded to applications in other fields, businesses that are focused on robotics can identify the changes and develop technologies to satisfy myriad customer requirements.

These companies will then be able to benefit from robotics and realize tremendous gains through the construction of infrastructure which includes technical support and the ability to apply these technologies to not only solve existing challenges but to entirely new ways to create value.

Through this, many processes can be automated, driving efficiencies to new heights. This bespoke approach is how Yujin Robot is elevating the nation’s robotics sector and to new heights. Yujin Robot is a total solutions provider for autonomous mobility. Its vision is to make innovation better for the world. The motto about teams’ perfect working is“We create dynamic solutions that improve the quality of life by reducing costs and saving time while increasing productivity”

We want to grow as a company that is recognized not only domestically but also internationally.

What is Yujin Robot?

The company has been designing and manufacturing robots since 1988. Yujin Robot started as a factory automation system provider and has been developing service robots since 2000. The company’s portfolio encompasses a wide range of robots including models for sports, education, marketing, logistics, food services, silver care, and more. Among the many achievements in the company’s history was the massive commercial success of its iClebo series of cleaning robots in more than 30 countries, which is released in 2005.

“In recent years, our product lineup expanded to include models for the Fourth Industrial Revolution,” shares the team.  These models namely are Kobuki, the ROS reference research robot platform used by robotics research labs around the world, the Yujin LiDAR range-finding scanning sensor for LiDAR-based autonomous driving, ANS (Autonomous Navigation Solution) & YES (Yujin Engineering Service), the customized development solutions for autonomous driving, and many more. The company continues to push the boundaries of robotics and artificial intelligence, developing game-changing autonomous solutions that give companies around the world an edge over the competition.

We are always considering the value of robots that coexist with people and provide convenience, and developing products based on that value.

The organization has two core values. First is R&D technology. As one of Korea’s first service robot manufacturers, it continues to be the benchmark for the Korean robotics industry through its heavy investment in R&D. From AI to embedded machine learning and components for more efficient robots, the company’s intense focus on R&D gives it the ability to rapidly create innovative and cost-effective robotics solutions. Second is its innovation-driven culture. “Our innovation-driven culture is what fuels the development of next-generation robotics technologies,” adds Dr. Shin.

How it All Started?

In early 2000, the company released Irobi, an educational robot for children. While the development of Irobi took 10 years, consuming most of their resources and efforts to acquire a high level of technology, Yujin Robot was unable to commercialize the product on time and had to face a big sales deficit. After all these hardships, Yujin Robot’s R&D center was able to develop its SLAM and navigation technologies for autonomous robots.

Based on this and growing market demand, the company then developed a cleaning robot, ‘iClebo,’. iClebo is one of Korea’s first cleaning robots and has quickly grown in the market. It has been exported to 30 countries, which led to Yujin Robot’s exponential growth.

In the more than 30 years since its establishment, the company has continuously invested 15% more of its sales revenue in R&D investment. “We have our autonomous navigation technology, and extensive experience and expertise in the field of robotics,” shares the CEO of Yujin Robot, Dr. Kyung Chul Shin.

Since he was young, Dr. Shin’s childhood dream was to make robots. He held on to that dream and studied mechanical engineering at university. Dr. Shin later established and started managing Yujin Robot. “I have taken the single path of robot development and tried to lead big and small pioneering products and services overall areas including development and sales with my employees to grow this company,” states Dr. Shin.

Now the company’s mission is service and it focuses on satisfying its customers. Selecting a product from Yujin Robot means that customers trust the company, and the company believes that the way to repay this trust is to provide best-in-class products and services.

Based on the robotics technologies the company has developed over the last 32 years, its team developed SLAM and navigation modules, the main function for autonomous driving robots, and an AM board, a core technology for obstacle sensing. Recently, the team developed ANS (Autonomous Navigation Solution) that can easily and quickly transform a manual mobile machine into an autonomous navigation robot.

The main feature of ANS is that it is based on Yujin’s autonomous navigation solution is extensively used in cleaning robots, and is extremely efficient and cost-effective. With its versatility, ANS can robotize almost any product without the need to manufacture an expensive robot, enabling companies in any industry to benefit from state-of-the-art robotics with minimal time and costs.

Apart from this, Dr. Shin wishes to introduce two other products. The first one is 3D LiDAR, a distance measuring sensor for autonomous navigation. This product was commercialized with successful direct development after three years of technical review.  Previously Yujin’s SLAM and navigation software development was done with other companies’ LiDARs.

Considering the compatibility and efficiency with Yujin’s product line, Yujin’s own LiDAR development was seen as a natural step for the company to improve on the technology. After adopting ToF methods for LiDAR, the development team engaged in many experiments in a variety of areas for 3D implementation and then secured numerous patents for their unique methods.

The other product is Opera, the company’s fleet management system. It is a robot management program that handles multiple robot control, scheduling, and task processing. A series of beta tests were carried out on factory assembly lines where AGVs and AMRs are being extensively used, and in hospitals where many robots have to repeatedly sterilize their assigned locations at specified times. Soon, robots will handle all work that burden human and make life more comfortable and secure for seniors.

Robots will be used naturally, not only for applications in highly developed mobile fields such as automobiles and drones but also in myriad other fields, including ones that have yet to be realized. “We are always considering the value of robots that coexist with people and provide convenience, and developing products based on that value,” concludes Dr. Shin. 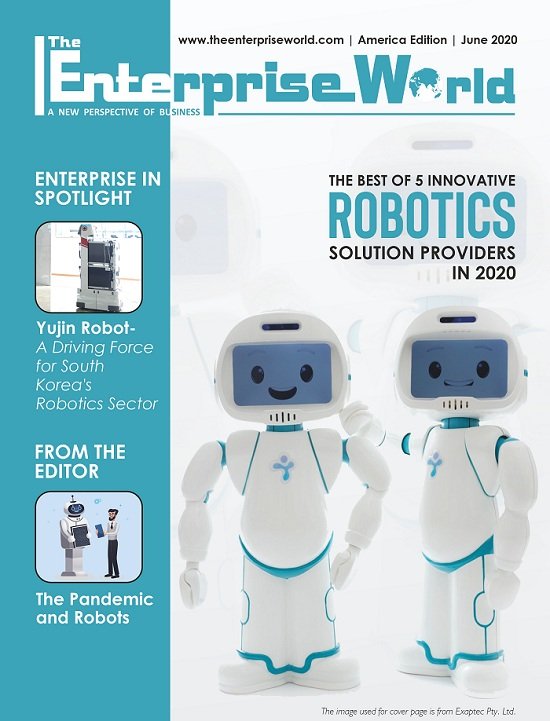 The Best of 5 Innovative Robotics Solution Providers in 2020